Acer’s next 2-in-1 tablet may be cheaper than the Switch Alpha 12 the company released last summer.

The Acer Aspire Switch 3 Pro has the same basic design, including the LiquidLoop fanless cooling system. But instead of Core i3, Core i5, or Core i7 chips, the new Switch 3 Pro is powered by an Intel Pentium N4200 Apollo Lake processor. 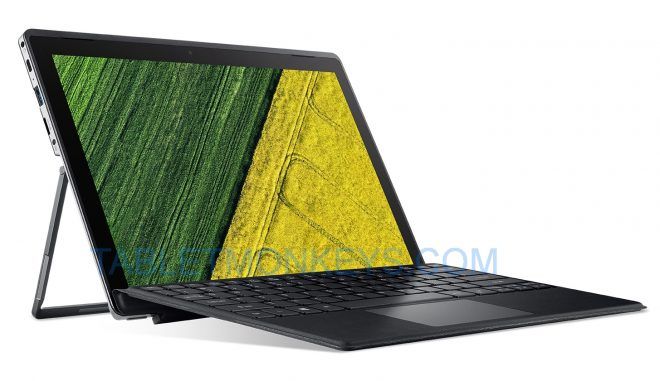 The news comes from leaked details shared with TabletMonkeys, but a few retail listings seem to confirm the basic specs:

There’s still no information about the memory, battery, or other specs. But leaked pictures show that the tablet has pretty much the same design as its predecessor, including a built-in kickstand, a soft keyboard cover that attaches and detaches to the base of the tablet via magnets, and front and rear cameras.

The tablet has USB Type-A and Type-C ports and a microSD card slot. And there’s a pen holder on the side of the keyboard cover, suggesting that the Acer Aspire Switch 3 Pro will have an active digitizer and pen support, much like earlier tablets from Acer.

We should know more about pricing and availability soon: Acer is holding its annual product launch event in New York City on April 27th.

You can find more pictures at TabletMonkeys.