Smartphones with big, high-resolution displays are all the rage these days, but those screens are power hungry, which means you often need a big battery (and/or an energy-sipping processor) if you want all-day battery life.

How about a 5,000 mAh battery? That’s what ZTE is packing into its Nubia Z17 smartphone. 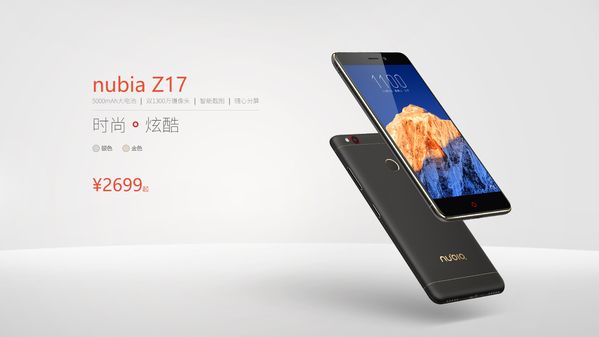 There’s a microSD card slot, a fingerprint reader on the back of the phone, and a 13MP rear camera. It also has dual SIM support.

It’s not clear if ZTE plans to sell the Nubia Z17 outside of China anytime soon, but some of the company’s Nubia-branded devices have been sold in the US before.

via GizmoChina and cnBeta