Flow batteries are rechargeable batteries that use a liquid fuel source. And while they’re typically used in large-scale applications, researchers at IBM and ETH Zurich have found a way to make tiny Redox Flow batteries that can provide power to chips.

They can also be stacked in between chips to cool the processors while they’re providing power, since the liquid will dissipate more heat than the battery generates. 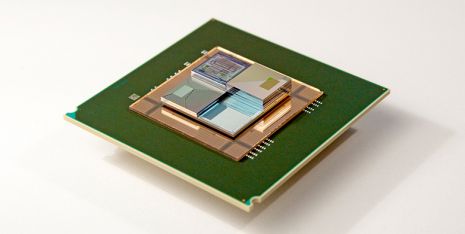 But the technology could provide a groundwork for others looking to build a version that supplies more power. The chip-cooling battery techniques could also be used in larger batteries for products that could also benefit from a cooling system, such as lasers (which, like CPUs, draw power and generate heat).

One reply on “Tiny batteries could simultaneously power and cool chips”