Some folks have been saying for years that an iPad is nothing more than an iPhone with a big screen. That’s become less and less true over the years, but sometimes all you want is an iPhone with a bigger screen for watching movies, playing games, or reading books.

Enter the Superscreen. It looks like a 10.1 inch tablet, but it’s really just a portable touchscreen display (with speakers and cameras) that connects to a an iPhone or Android phone wirelessly.

That means you can use all of your smartphone apps on a larger screen without paying full price for an tablet or worrying about synchronizing data between your phone and tablet.

There are a few catches though: and the first is a biggie: the makers of the Superscreen are running a crowdfunding campaign for the project and don’t expect to ship any devices until December. 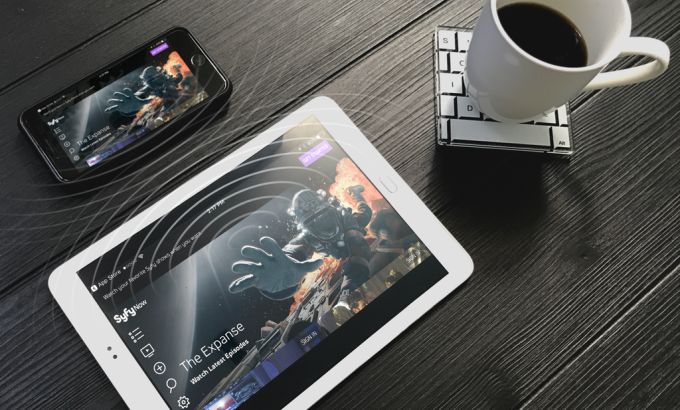 Other things to keep in mind:

It uses a combination of 802.11n and Bluetooth to connect to your phone.

It also has 4GB of RAM, 16GB of storage, and a 2 GHz quad-core processor, which suggests that the Superscreen is basically a tablet, but it’s designed to just run one app: the one that syncs with your phone.

13 replies on “Superscreen is a wireless, touchscreen display for smartphones (crowdfunding)”