Samsung’s first flagship smartphones for 2017 are here, and they’re… pretty much what we expected, thanks to a series of leaks. But the Samsung Galaxy S8 and Galaxy S8+ are still noteworthy because of all the things that make them different from Samsung’s previous phones.

First up, the new phones are nearly all-screen (on the front). Second, they’re among the first to ship with Qualcomm Snapdragon 835 chips (at least in some markets… some S8 models will have Samsung Exynos processors instead). And unlike the Galaxy S7, the new models have stereo speakers.

After last year’s disastrous Galaxy Note 7 launch, Samsung also did something interesting: it brought big screens to its Galaxy S lineup. You’ll have to wait until later this year to get a new Samsung phone with support for an S Pen stylus, but if your primary reason for preferring the Note series is the large display, you might want to take a look at the Galaxy S8 or S8+. 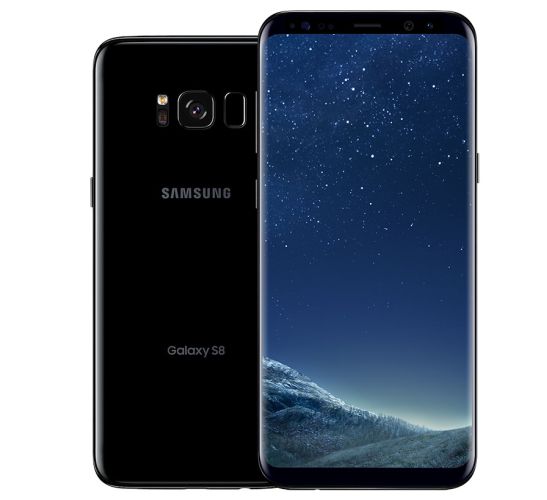 The Samsung Galaxy S8 has a 5.8 inch, 2960 x 1440 pixel Super AMOLED display which wraps around the left and right edges of the phone. The Galaxy S8+ has a 6.2 inch screen with the same resolution.

Since unusual screen shapes mean that you can’t always tell how big a phone is just by measuring the diagonal length anymore, here are some more figures: the larger phone measures 159.5mm x 73.4mm x 8.1mm and the smaller model is 148.9mm x 68.1mm x 8mm.

The larger version has a 3,500 mAh battery while the smaller model has a 3,000 mAh battery. Neither is removable, but that helps the phone achieve its IP68 water and dust resistance rating. Unlike many competing flagship phones, the Galaxy S8 series models do have microSD card slots with support for up to 256GB of removable storage.

They also have USB Type-C ports and 3.5mm headphone jacks, which is something you can’t take for granted anymore.

One trend Samsung doesn’t seem to be jumping on is the dual-camera fad. But that doesn’t mean the phone doesn’t have some camera tricks. There’s a hybrid autofocus feature which combines phase detection and laser autofocus for the rear camera, and the front-facing camera also supports autofocus. The Galaxy S8 phones also have iris recognition, allowing you to login to your phone just by looking at it.

As expected, Samsung has moved the fingerprint sensor to the back of the phone, next to the camera. And the Galaxy S8 is the first device to ship with Samsung’s new Bixby voice assistant software.

Like the LG G6, the new phones have ultra-wide displays (which makes it a little tricky to compare their physical dimensions with other phones just by looking at the diagonal screen measurements). One benefit is that you should be able to use multitasking to view two apps in identically-sized side-by-side windows.

As expected, Samsung will offer a range of accessories, including cases, wireless chargers, and a desktop dock called the DeX Station that lets you connect an external display to use the phones like desktop-style computers. The DeX Station also gives you an Ethernet jack and full-sized USB Ports, and charges the phone while it’s in use.

The Samsung Galaxy S8 goes up for pre-order starting March 30th, and should be available in stores and from wireless carriers in the US starting April 21st.

Customers who pre-order will also get a free Samsung Gear VR headset and controller.

Meanwhile, it looks like those leaked details about accessories were spot-on.