There’s no shortage of small, low-power PC-on-a-module devices designed to piggyback on the success of the Raspberry Pi. But one problem with some of these cheap single board computers is that they don’t have the same kind of user and developer community as the Raspberry Pi, which can make it harder to get official support.

So it’s interesting to see that the makers of the Orange Pi line of products have partnered with Ubuntu Linux maker Canonical to offer an official app store for Orange Pi products running Ubuntu software. 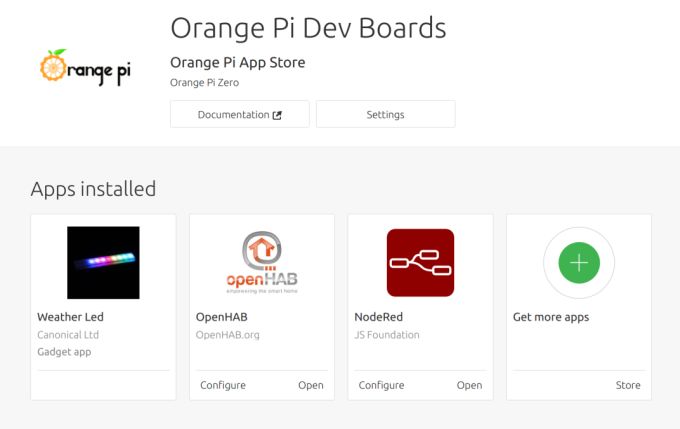 Technically most GNU/Linux operating systems already have an “app store” in the form of a package management/repository system that lets you download and install software using command line tools such as apt-get or GUI tools like Synaptic.

One of the nice things about snaps is that they let users install all the required dependencies in a single go: you don’t need to wait for your computer to download a bunch of other software that’s needed to make the application you’re trying to install work.

It’s not the only “universal” Linux packaging format. Some folks are firmly behind Flatpak as an alternative. But like I said, I think the most interesting thing about the Orange Pi App store announcement isn’t that it lets you install Snaps… it’s that Shenzhen Xunlong Software and Canonical worked together to create the new branded app store, which suggests that Orange Pi is working to actively support users that want to run Ubuntu software on its tiny computers.

Some Orange Pi systems can also run other operating systems including Android, Debian, and Raspbian.