Microsoft expects PC makers including PC makers to begin offering Windows 10-compatible VR headsets for $300 and up soon. But they won’t be much use if there isn’t much software designed to take advantage of .

Update: Microsoft has apparently renamed Windows Holographic to “Windows Mixed Reality” and will use the new name going forward.

So Microsoft is announcing a developer kit that will ship this month, giving software and game developers the tools they need to start building software for the platform.

One of those tools includes a VR headset built by Acer. 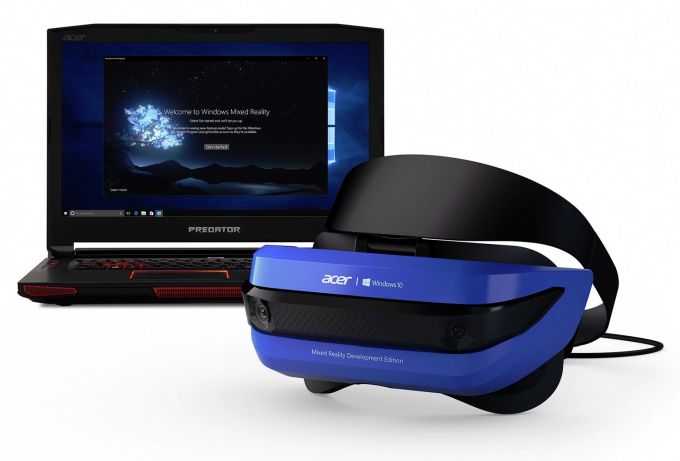 There’s also a camera in the front, which is why this is a mixed reality device rather than just virtual reality. While Microsoft’s expensive HoloLens wearable computer has a transparent display that superimposes digital items on the world you can see through the visor, Acer’s headset combines input from the camera and a connected computer to let you see everything on the built-in display.

While that means your real world environments will be limited to whatever the camera can pick up, it also lets you switch between VR and AR (augmented reality) on the same headset, which could be handy.

Microsoft hasn’t announced the price of the dev kit yet. But Microsoft says when the headset begins shipping this month, it’ll also come with documentation, an SDK, and Windows 10 Preview builds necessary to build mixed-reality applications.

Developers can sign up to get more information when it becomes available.