HP is joining Acer and Asus in offering a new convertible Chromebook aimed at the education market.

Unveiled today by Google, the new HP Chromebook X360 11 G1 Education Edition is a notebook with a 360-degree hinge, a touchscreen display, optional stylus support, and a very long name. 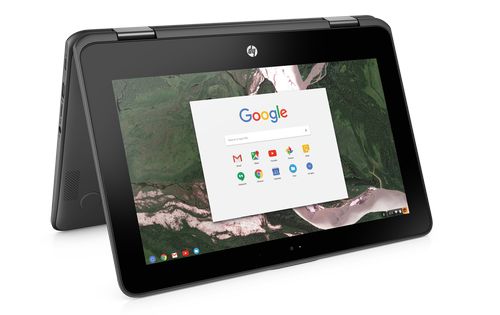 Detailed specs aren’t available, but the notebook is said to have a camera, a USB Type-C charging port, and support for Android apps.

I suspect that, like the Acer Chromebook Spin 11 and Asus Chromebook C213, we can expect an HD display, a low-power processor, and 10-12 hours of battery life, because those specs seem to be the sweet spot for Chromebooks designed for the education market.

Convertible designs and pen support are also nice features to have on what are otherwise budget computers.

The notebook bears a passing resemblance to HP’s discontinued Stream x360, a laptop that also featured an 11.6 inch touchscreen display, and entry-level specs, but which shipped with Windows rather than Google’s Chrome OS.