In other words, around half of those Android devices did not receive a security update over the course of a year.

That’s despite Google’s relatively recent decision to start pushing out monthly security updates for Android. Unfortunately, while Google can deliver those updates directly to Nexus, Pixel, and Android One devices, the company has to rely on third-parties to bring updates to most phones. 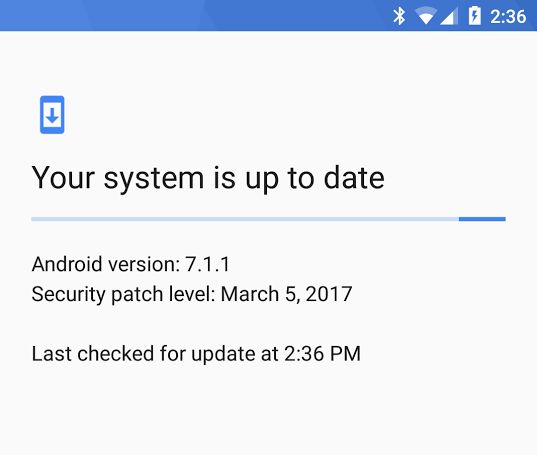 The situation means that when hackers or security researchers uncover security vulnerabilities that can be exploited by malicious hackers, many Android phone or tablet users never receive a patch to fix the flaw.

It’s not a particularly surprising revelation: anyone who watches the Android smartphone market has known for a while that some phone makers are slow to push out software updates, and some never do it at all.

The majority of Android users are still on Lollipop or Marshmallow, and even Android 4.4 KitKat and Android 4.x Jelly Bean have a larger user base than Android 7.0 Nougat.

The good news is that Google says that 50-percent rate is about twice what it was during the previous year, and the company is hoping to work with partners to push security updates to even more phones in 2017.

But if you’re concerned about smartphone security (and you should be), then your best bet is to either buy a Nexus, Pixel, or Android One device or make sure to buy from one of the handful of phone makers that actually releases monthly security updates shortly after Google makes them available.

Google says some of the Android devices that had update rates between 60 and 95 percent by the end of 2016 included:

Or I guess you could buy an iPhone.