FreedomPop is an unusual wireless provider which offers plans starting as low as, well… free. You’ll have to pay something if you want anything more than the most basic service, but it’s an interesting option for folks on a tight budget who can use WiFi to make up for the service’s less-than-stellar network coverage.

Up until recently, FreedomPop offered WiFi hotspots and cheap, refurbished versions of brand name smartphones. But now FreedomPop is launching its own smartphone for the first time.

The FreedomPop V7 is a dual SIM Android phone that’s available in the UK and Spain. FreedomPop plans to bring it to the US soon. 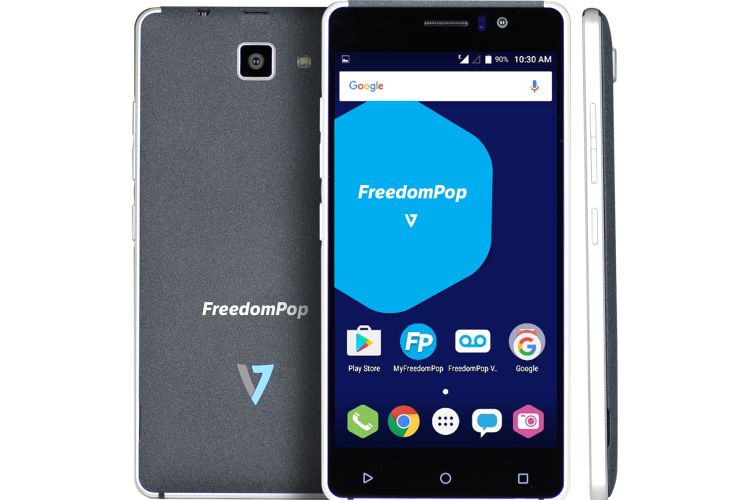 It seems to be selling for 200 Euros in Spain already.

The phone has just 1GB of RAM, 16GB of storage, and a Qualcomm Snapdragon 210 processor. In other words, it has the kind of specs you’d expect from a cheap phone.

But cheap phones in 2017 are a lot better than they were a few years ago, and some of the other features don’t look so bad:

The phone has a VGA front-facing camera and a removable 2,100 mAh battery.

But in both regions you can pay extra for more talk time, more SMS messages, and more data.

in the UK includes 200 minutes of talk, 200 text messages, and 200MB of data, although you can pay extra for up to 2GB of data and unlimited talk and text.