Smartwatches and fitness trackers may currently dominate the wearable tech space. But there’s a reason we call them “wearables” and not wrist-worn gadgets: the space also includes heads-up displays like Google Glass and smart headphone gadgets like the Moto Hint and Sony Xperia Ear.

And researchers at IDC think so-called “hearables” represent a growth opportunity for wearables, as do smart clothes. 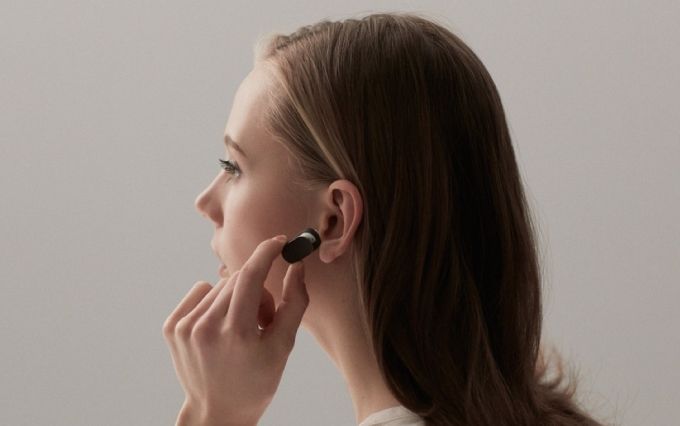 IDC figures that “growth is expected,” but that earworn devices will probably represent a relatively small portion of the wearable space, since fitness tracking and other features that companies are adding to headphones and earbuds are already available from watches.

But I do think there might be room for earbuds that respond to voice commands, provide navigation assistance, track your heart rate and movement, and provide guidance when you’re running or engaging in other workout activities.

IDC notes that other hearable gadgets could focus on enhancing audio or translating spoken language in real-time. Sure, those are niche applications, but it’s not clear if there’s enough demand for any general-purpose wearable to make it a smartphone-rivaling product category.

Another emerging wearable tech category could be smart clothing, which could include products like the upcoming Levi’s smart trucker jacket for controlling your smartphone through gestures, or clothes with communication and health tracking features that could be worn by firefighters and other first responders.

For now, IDC says watches and wristbands (primarily fitness trackers) are duking it out for first and second place in the wearable market. But the firm expects smartwatches to pull ahead in the coming years, while smart hearables and clothing start to gain traction. 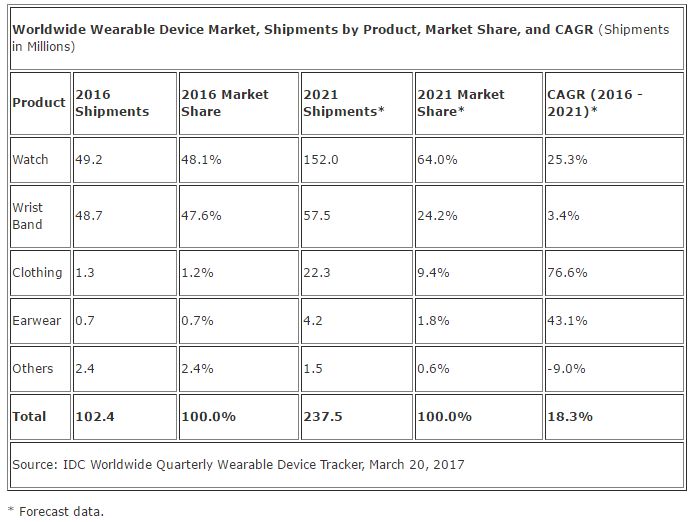