Apple is updating its iPad lineup with a new entry-level 9.7 inch model with a starting price of $329, which means it’ll be the most affordable tablet available from the Apple Store when the new model goes on sale Friday, March 24th. 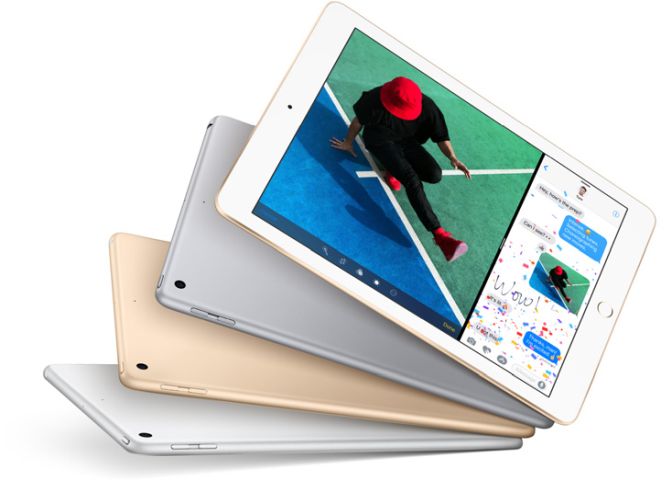 That’s because Apple is dropping the iPad 2 and iPad mini 2, and only selling iPad mini 4 models with 128GB of storage or more, leaving you with these choices:

It measures about 0.3 inches thick, weighs about 1 pound, and Apple says you should able to get up to 10 hours of battery life from the tablet’s 32.4 Wh battery.

Apple offers 32GB and 128GB models and you can opt for a WiFi-only model (with 802.11ac and Bluetooth 4.2 support) or pay extra for a version with 4G LTE support for all major US wireless carriers.

Apple has also launched new red iPhone 7 and 7 Plus models, and updated the iPhone SE: now you can buy that model with 32GB or 128GB of storage for the same price as the previously available 16GB and 64GB versions.

What I find particularly fascinating about this move is that while Apple isn’t exactly selling $100 iPad models to compete with low-end Android tablets, it’s getting tougher and tougher to think of the iPad as premium brand when Apple’s product lineup covers such a wide range of price points. Meanwhile, Samsung is still hoping people will be willing to pay iPad Pro-like prices for premium Android tablets.