But soon there may be a mid-range option that supports some of the key features of the higher-priced model… and even has some that it lacks.

AFTV News has spotted evidence that there’s a new 4K-ready Fire TV on the way, and it would be the first media streamer from Amazon to support HDR video. But it’ll likely be priced somewhere between the $40 Fire TV Stick and the $90 Fire TV. 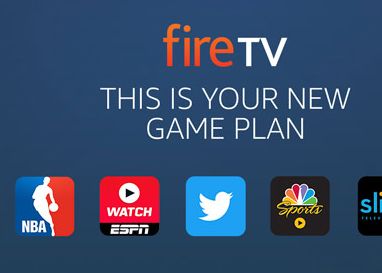 How do we know the new model is a mid-ranger? Because it scores above the Fire TV Stick in benchmarks, (and support 4K video playback, which the entry-level model does not), but below the top tier model.

That means it’s probably a good choice if you want high-resolution video playback, but not necessarily your best option if you want to play 3D games from the Amazon Appstore.

According to GFXBench results, here’s what we know about the new model:

It has n an Amlogic S905 processor, 2GB of RAM (with 512MB dedicated for graphics processing), at least 8GB of built-in storage, and a new version of Amazon’s Fire OS which is based on Android 7.x Nougat.

It’s likely that the software update will eventually roll out for other Fire TV devices, and aside from the update to a newer version of Android, it’s not entirely clear what’s new. Amazon recently started rolling out a major visual refresh of Fire OS for its media streaming devices, but the operating system has been based on Android 5.x for a while.

So how much will the new Fire TV cost? $69 or less seems like a good bet, since this model seems poised to compete with two other devices in that price range: the $69 Xiaomi Mi Box with Android TV software and 4K support, and Google’s 4K-ready Chromecast Ultra media streamer, which also sells for $69.