The ZTE Axon 7 smartphone features a 5.5 inch QHD AMOLED display, a Qualcomm Snapdragon 820 processor, 4GB of RAM, and 64GB of storage. And it sells for $400 (or less), making it pretty affordable for a phone with those specs.

When ZTE first unveiled the Axon 7, the company said it had one other special feature: support for Google’s Daydream virtual reality platform.

That wasn’t actually true when the phone started shipping. But now it is, thanks to a software update. 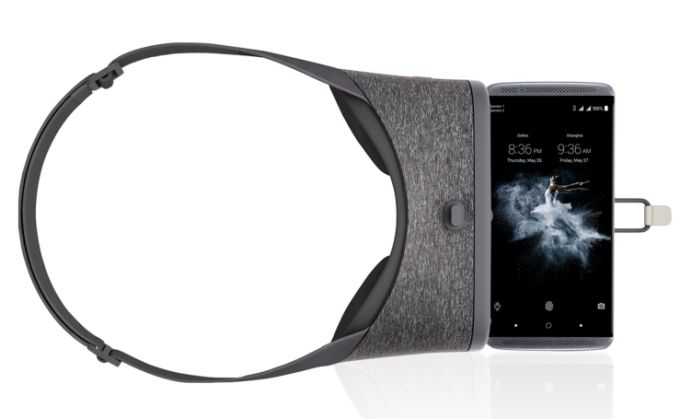 ZTE has begun rolling out an update that brings Android Nougat to the Axon 7, and support Google’s Daydream virtual reality platform when you pair the phone with a Daydream View headset (or another compatible model, but right now Google’s $79 headset is the only game in town).

Other Daydream-ready phones include Google’s Pixel and Pixel XL, the Motorola Z, and the upcoming Asus Zenfone AR and Huawei Mate 9 Pro.

Thanks to its $400 price tag, ZTE’s Axon 7 is the most affordable of the bunch.

Along with Daydream support, the Android N update also brings other Nougat features including multi-window support, allowing you to view two apps at once, and battery life enhancements.