Samsung was one of the first companies to launch a headset that turns some of its smartphones into virtual reality devices. But Google recently one-upped Samsung with the launch of the Daydream View which features a headset and a motion controller to make it easier to interact with VR apps. 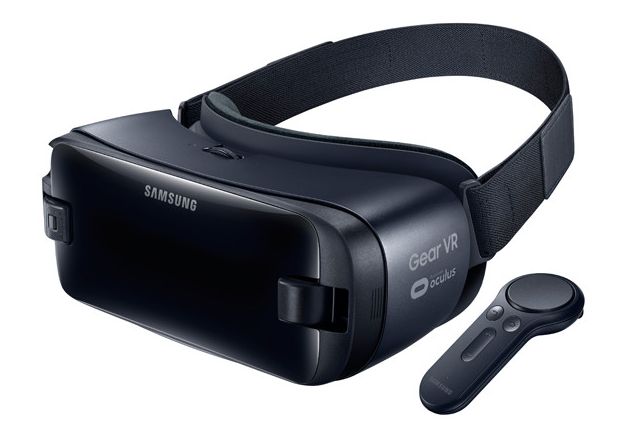 Like earlier Gear VR products, the new headset was designed in partnership with Oculus and uses recent Samsung phones for their displays and processing power.

You can use the Gear VR with a Galaxy S6, Galaxy S7 or Galaxy Note 7 smartphone.

The headset features 42mm lenses with a 101 degree field of view and features an accelerometer, gyrometer, and proximity sensor.

The new motion controller, meanwhile, has a clicakable touchpad, a trigger button, home key, back key, and volume key that allows you to point, click, tilt, or use other actions while playing games, watching videos, or interacting with other VR experiences.

Samsung says the motion controller features two AAA batteries which should provide up to 40 days of battery life if used for about 2 hours per day. And you can strap the controller to the headset for storage when you’re not using the set.

Oculus says there are more than 70 apps with support for the new Gear VR controller on the way.