Under the hood, the Samsung Galaxy Tab S3 Android tablet features a Qualcomm Snapdragon 820 processor, 4GB of RAM, and 32GB of storage.

While the Snapdragon 820 chip hasn’t really been state-of-the-art since Qualcomm rolled out the Snapdragon 821 in mid-2016, it’s still a reasonably fast chip… and since there aren’t a lot of companies making premium Android tablets anymore, it’s not like the Galaxy S3 has a lot of competition in this space. 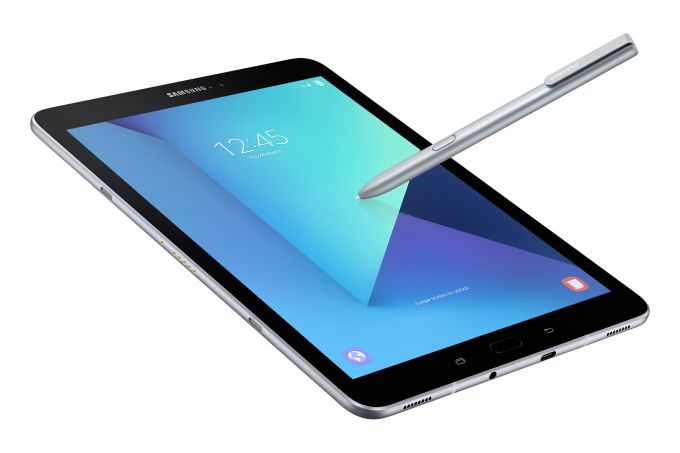 The tablet features a USB 3.1 Type-C port, a microSD card slot capable of handling cards up to 256GB, and a 6,000 mAh battery with fast charging support.

Sasmung’s new Android tablet will ship with Android 7.0 and comes with a pen that uses Wacom technology to offer up to 4,096 levels of pressure sensitivity for writing or drawing. The tablet also has a quad speaker setup.

Samsung hasn’t announced the price or launch date yet, but the Galaxy Tab S2 had a starting price of $400 when it launched in 2015, and that model didn’t come with a pen. Expect the Tab S3 to have a higher price tag.

One interesting thing to note about this tablet? It’s not called the Galaxy Note.

That makes sense, since it really does seem to be a next-gen Gab S2 in a lot of ways. But Samsung often uses the Galaxy Note name to describe phones and tablets that come with an S-Pen digital pen. Given the negative publicity surrounding last year’s Galaxy Note 7 launch and recall, maybe it’s not surprising that the company’s latest pen-enabled Android device is not called a Note.