PC Sticks have been around for a few years now, but the I-O Data Clip PC is one of the most distinctive models I’ve seen in a while.

Like an Intel Compute Stick, the Clip PC is basically a computer packed into a small, pocket-sized device that has an HDMI connector on one end, allowing you to plug the whole computer directly into a port on a TV or monitor.

But this model is kind of like the Compute Stick’s husky sibling: it’s not as long as Intel’s latest model, but it’s a bit wider. It’s also more powerful than an entry-level Intel Compute Stick, thanks to an Atom x5-Z8550 processor. 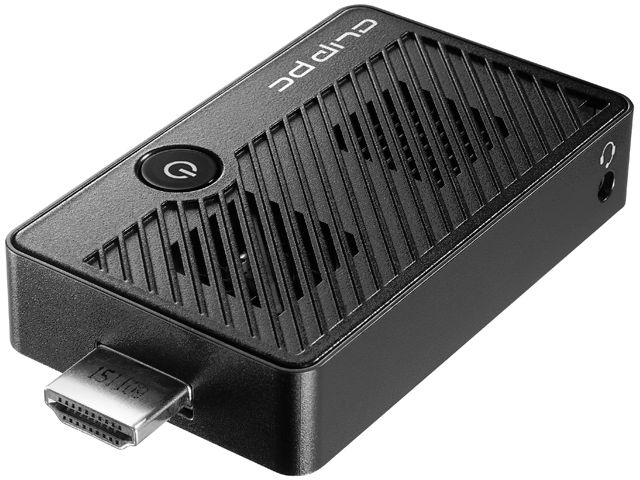 The Compute Stick I reviewed last year, by comparison, had an Atom x5-Z8300 chip.

While some devices in this category use micro USB ports for power, the Clip PC has a dedicated 5V DC power jack.

I-O Data is launching the Clip PC in Japan for 29,800 yen, or about $265. There’s no word on if or when it will be available in other markets, but PCs tend to carry higher price tags in Japan. So if this model does make it overseas, I wouldn’t expect it to cost that much.