Chromebooks come in a wide range of shapes, sizes, and prices in the US, Europe, and other regions. But in China, not so much.

But late last year HP launched what may be the next-best thing: a 2-in-1 laptop that runs Aliyun OS, an Android-based operating system developed buy Chinese eCommerce company Alibaba.

The notebook is called the HP YunOS Book, and while I just noticed it via a Notebook Italia article published today, it looks like HP actually introduced the YunOS Book in October. 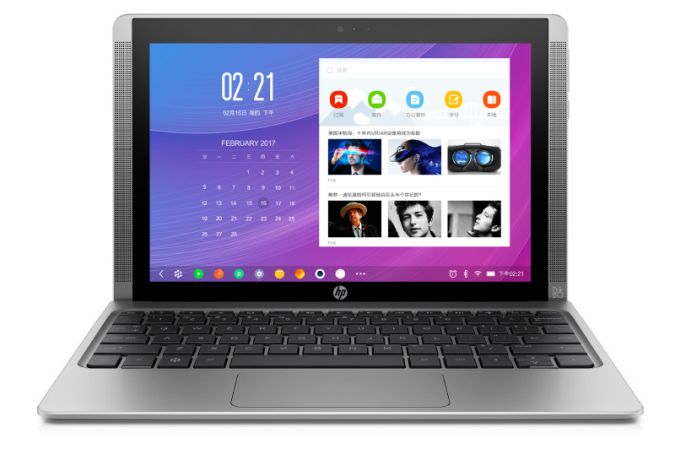 The 2-in-1 computer has a 10.1 inch touchscreen display and a detachable keyboard, allowing you to use the YunOS Book either as a notebook or a tablet.

If the design looks familiar, that’s because the YunOS Book appears to feature the same hardware as HP’s Windows-powered HP X2 detachable PC, which currently sells for as little as $214 in the US.

It’s unlikely that this model will be sold outside of China anytime soon, but it’s interesting to see how the same hardware can be used with different software depending on the region where the computer is sold.