The GPD Pocket is a tiny laptop computer with a 7 inch full HD display, an Intel Atom processor, 4GB of RAM, and 128GB of storage. It supports Windows 10 or Ubuntu 16.04, and the computer weighs less than 1.1 pounds.

GPD first revealed plans for the Pocket in January. Now the company is getting ready to launch a crowdfunding campaign on Indiegogo.

Starting February 15th you’ll be able to reserve a GPD Pocket for a pledge of $399. 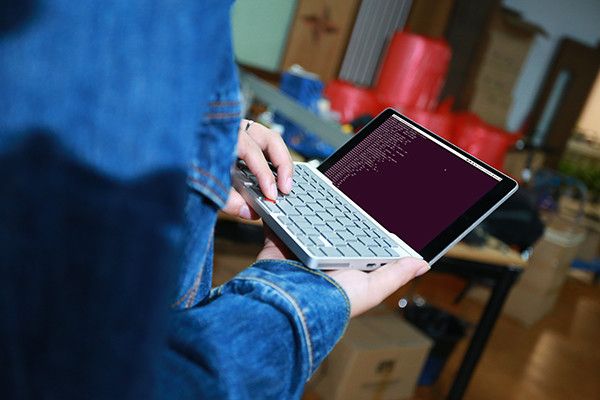 The suggested retail price is $599, but it’s likely that it will sell for less than that.

GPD has been making Android-powered handheld gaming devices for several years, and the company launched its first Windows product in 2016. The GPD Win has a list price of $499, but typically sells for closer to $350.

While the GPD Win has a 5 inch screen and a design that looks sort of like a Nintendo DS crossed with a laptop, the new GPD Pocket looks more like a laptop or UMPC (Ultra Mobile PC). In fact, it looks like one in particular: the Sony Vaio P.

But while Sony hasn’t updated the Vaio P lineup in years, the GPD Pocket has fairly modern specs, including:

The computer measures 7.1″ x 4.2″ x 0.7″ and features a QWERTY keyboard with a pointing nub in the center instead of a touchpad. There’s no palm rest area to speak of.

While the GPD Win was aimed at folks who wanted a mobile gaming device, the GPD Pocket is designed as more of a mobile productivity machine. It has the same processor, but the larger keyboard should make typing easier… and the lack of gaming buttons means that you might want to connect a game controller if you want to play PC games.

The GPD Pocket’s diminutive size makes it stand out in a crowded laptop market: when the lid is closed, the computer isn’t much larger than some smartphones. But another thing that sets it apart is the choice of Windows or Ubuntu operating systems. GPD plans to offer both options, but does not plan to ship a dual-boot version with both operating systems pre-installed.