For the past few years Google has been working on an idea so crazy it’s called Project Loon. The concept? Internet access delivered around the globe by a series of balloons.

Originally the goal was to create a fleet of balloons that would fly around the world and hand off the connections automatically so that as soon as one flew out of range another would take its place.

But now Google has announced that they’ve found a way to do something even cooler: get a cluster of balloons to stay in the same location for months at a time, delivering wireless internet access to a specific spot while using a smaller number of balloons. 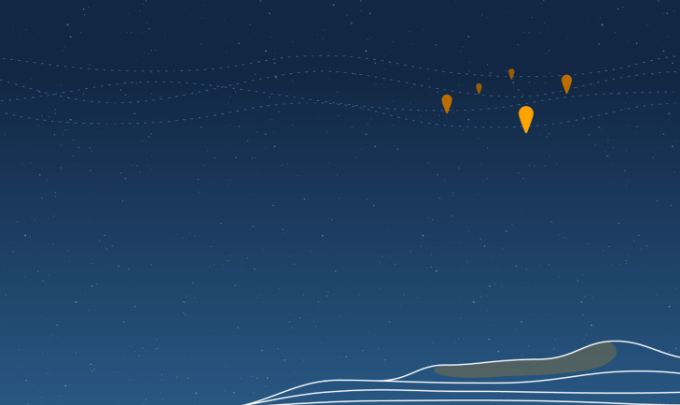 The technology could provide a way to bring internet access to remote locations where it might not be feasible to build out wired internet or even wireless towers.

Project Loon balloons manage to hover around a certain location by moving up and down to take take advantage of winds that move in different directions in the stratosphere. By managing a fleet of balloons flying around the world over several years, Google has learned a lot about the way those airstreams work, leading to the unexpected breakthrough.

Google’s Astro Teller says the new balloon navigation techniques are a result of machine learning, and they could help make the technology profitable if and when it’s eventually deployed commercially.