Asus was the first company to launch a convertible Chromebook with a 10.1 inch touchscreen display, a 360-degree hinge, and a nearly full-sized keyboard. The original Asus Chromebook Flip C100 was is a reasonably affordable device (you can pick one up for $259 or less), and it was one of the first Chrome OS devices to support Android apps.

When Asus launched its second convertible Chromebook though, the company went with a model with a larger screen, a more powerful processor, and a much higher price tag: the Asus Chromebook Flip C302  sells for $499.

Have you been holding out hope for a new 10 inch model? It looks like there may be one on the way. 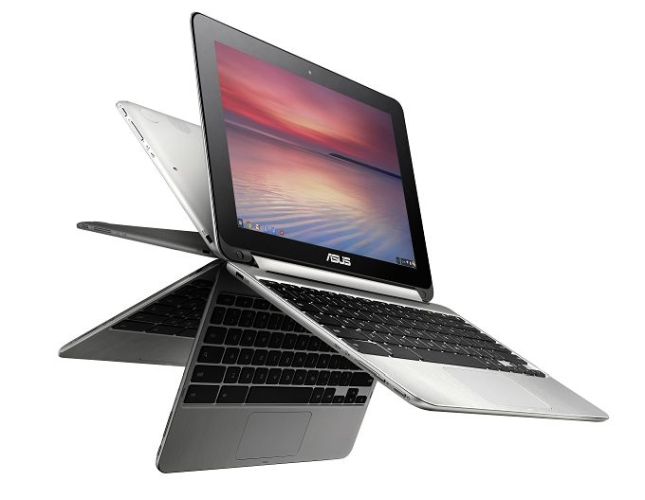 Actually the picture looks pretty much identical to the C100 model, and according to the description the new model measures 15.6mm 0.6 inches) thick and weighs 890 grams (2 pounds), which also matches the description of the original.

So what’s new? Honestly, I have no idea. But it has been almost two years since the first Chromebook Flip launched, so I wouldn’t be surprised if Asus decided to give the notebook a spec bump. Maybe there’s a new processor or more storage?

The Taiwan Excellence page also mentions a “superb 16-hour battery life (TBD),” but I’d take that with a grain of salt, at least until the TBD is lifted.

Actually, since Asus hasn’t officially introduced the new Chromebook Flip C101 yet, it’s probably a good idea to take everything posted on the Taiwan Excellence site with a few grains of salt for now.