A group of nearly 100 tech companies, including many that are often seen as rivals, all seem to agree on at least one thing: US President Donald Trump’s executive order prohibiting people from 7 majority-Muslim countries from entering the US, even if they have a valid Visa, is bad for business.

A group of 97 major players in the US tech scene have filed a legal brief opposing the order. 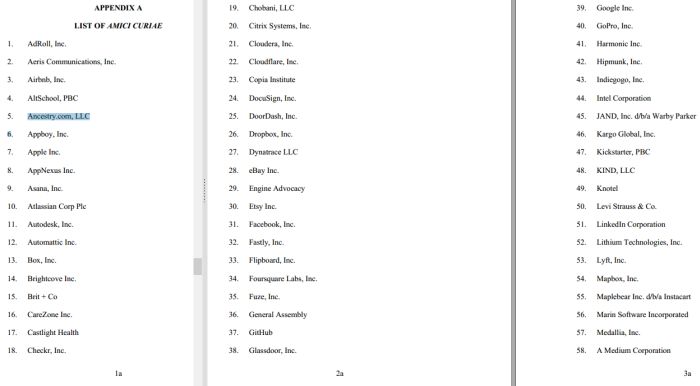 Some of those companies and organizations include Apple, Google, Facebook, Facebook, Linkedin, PayPal, Netflix, Mozilla, Snap, Reddit, and Wikipedia. TechCrunch has the full list, and you can find the full 53-page brief in multiple places. Politico has posted it as a PDF, and someone has posted a plain-text version to DocumentCloud.

The executive order on immigration was signed on January 27th, and it faced legal challenges almost immediately. While some travelers arriving in the country were detained and then told to board planes departing the United States, many others were told not to board airplanes to the US. Protesters descended upon airports across the country, and several judges issued orders temporarily halting the execution of some parts the executive order. 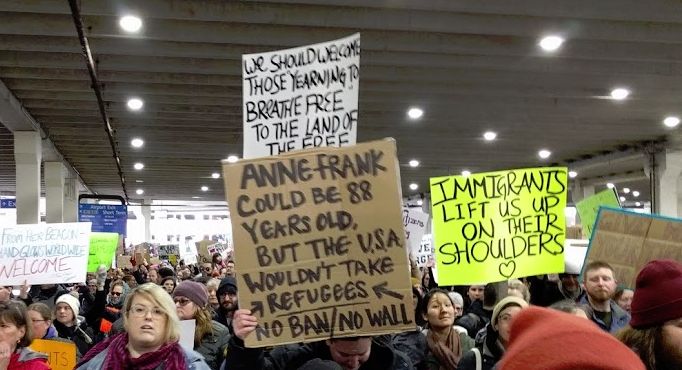 This weekend a judge in Seattle, Washington issued a ruling that temporarily blocks the order in its entirety. The Trump administration has challenged that ruling and Donald Trump, in his typical style, has taken to Twitter to express his frustration and disbelief, as well as to cast doubts on the legitimacy of the judge.

So back to today’s move: the tech organizations argue that, among other things:

The legal filing argues that the the president’s order on immigration is “unlawful” since it discriminates based on nationality. and that it will hurt American business by making it difficult to attract top talent. It’s worth noting that some of the companies signing the brief have already been vocal about the number of employees already working for those organizations who have been affected.