Mobile World Congress is coming up in a few weeks, and we can expect new phones from Motorola, LG, Sony, Alcatel, and Nokia, among others. But as usual, a series of leaks are spilling some details ahead of schedule.

The latest leak comes courtesy of Dan Cautella, a person in Brazil who posted a photo of a phone that’s believed to be the upcoming Moto G5 Plus. 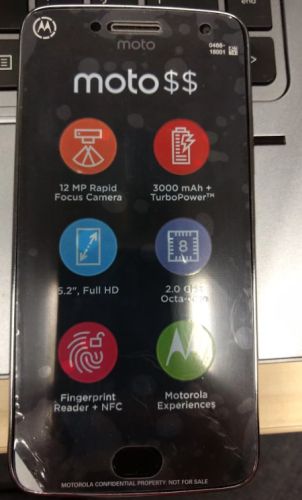 It also has a 12 MP “rapid focus” camera, and if a tip from Roland Quandt is accurate, that camera has a Sony IMX362 image sensor, 4K video recording support, phase detection autofocus and an F1.6 aperture.

If true, that’d be a pretty nice camera for a mid-range smartphone. Of course, we don’t actually know for certain if this phone will be part of Motorola’s G-series of mid-range phones. But there’s a good chance we’ll find out in a few weeks.