It’s hard to make a phone that truly stands out from all the other rectangular slabs of glass and metal (or plastic). But ZTE’s Hawkeye phone certainly fits the bill. It’s a phone with an adhesive back and eye-tracking technology that allows you to scroll through web pages and apps without touching the device.

The ZTE Hawkeye concept came from a contest last year, where ZTE asked people to come up with unusual ideas for new products and then vote on their favorites.

Earlier this month ZTE launched a Kickstarter campaign for the Hawkeye phone, promising to ship the device later this year to backers that pledge $199 or more. Reception hasn’t been all that great, and ZTE has admitted it made a mistake. So the company is considering making some changes. 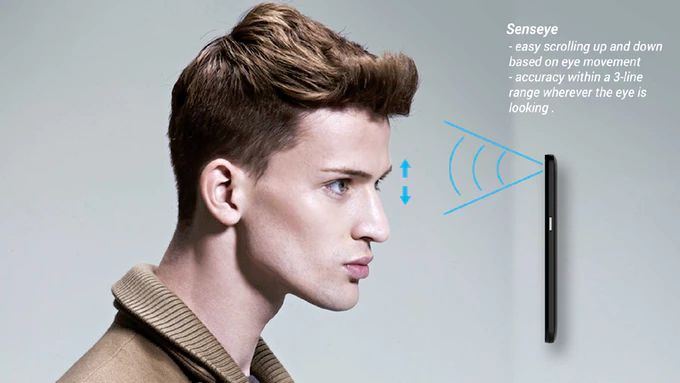 The company says the initial idea was to offer an eye-tracking smartphone at a price that would be affordable as a way to make it available to as many people as possible. But it turns out the early adopters who might be interested in an unusual phone like the Hawkeye might be reluctant to spend money on a device with mid-range specs.

ZTE says that since the Kickstarter campaign is already underway, it’s too late to change the starting price. But the company is willing to consider offering better hardware at the same price.

There’s a poll that offers a few options:

And there’s an “other” category, where some suggestions include bumping the RAM from 3GB to 4GB, offering stereo front-facing speakers, and alterations to the screen size or design of the phone.

ZTE says it can probably only make one or two changes to the specs without increasing the price. So it’s unlikely that the Hawkeye will suddenly become a high-end phone. But maybe a mid-range phone with a state-of-the-art processor or a big battery, plus the distinctive eye-tracking feature would be a bit more appealing than what’s essentially a mediocre phone with one stand-out feature?

But it seems like something needs to change: half a week after launching a Kickstarter campaign for the Hawkeye phone, the company has raised just over $30,000 in pledges toward a goal of $500,000.