Windows 10 may be Microsoft’s operating system for a wide range of devices including PCs, tablets, smartphones, the Xbox One game console, and the wearable HoloLens augmented reality computer. But while all of those devices use the same Windows OneCore subsystem, the user interface varies from platform to platform thanks to a series of different “shells.”

But Windows Central reports that Microsoft is working on a single “adaptive shell” that will work on all devices that run Windows 10. That means you’ll be one step closer to truly running the same operating system whether you’re using a game console, a laptop, or a smartphone. 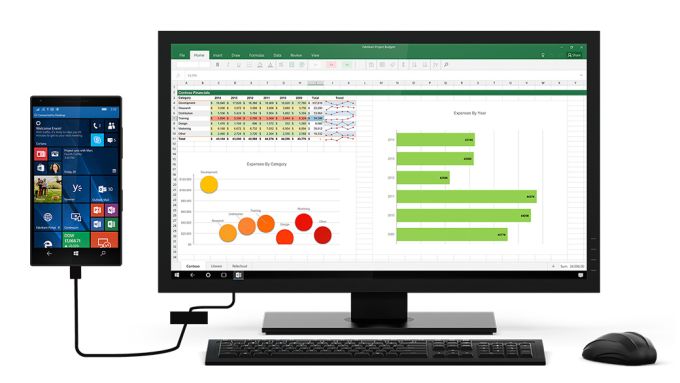 The shell includes things like the desktop, Start Menu, and taskbar. Currently, Microsoft uses different shells for different platforms… although devices that support Continuum have a version of the Windows 10 shell that can adjust depending on the use case.

For example, you can view a tablet-style user interface on 2-in-1 tablets when you’re holding them in your hands, but switch to a more traditional desktop-style view when a keyboard is connected. And some Windows 10 smartphones have their own version of Continuum that adds adds a desktop and taskbar when an external display is attached.

The new adaptive shell, also known as “Composable Shell” or “CSHELL” would be like a more advanced version, with a single shell that displays the appropriate environment for your device type, whether it be an Xbox, HoloLens, phone, tablet, or PC.

The new shell is expected to start appearing in upcoming builds of Windows 10, and could pave the way for the long-rumored Surface Phone, which may allow you to run desktop and mobile apps on the same device, depending on how you use it.