Toy maker Mattel has embraced modern technology in interesting ways over the past few years. The company launched its own take on Google Cardboard, with an emphasis on kid-friendly, educational content. Mattel acquired the maker of the Nabi line of Android tablets for kids. And while it has yet to come to market, the company is working on a 3D printer for kids called ThingMaker.

During the week of the 2017 Consumer Electronics Show, Mattel is launching its own version of another trendy product: an Amazon Echo-like smart speaker.

Mattel’s version is called Aristotle, and it’s designed specifically to be used by kids. 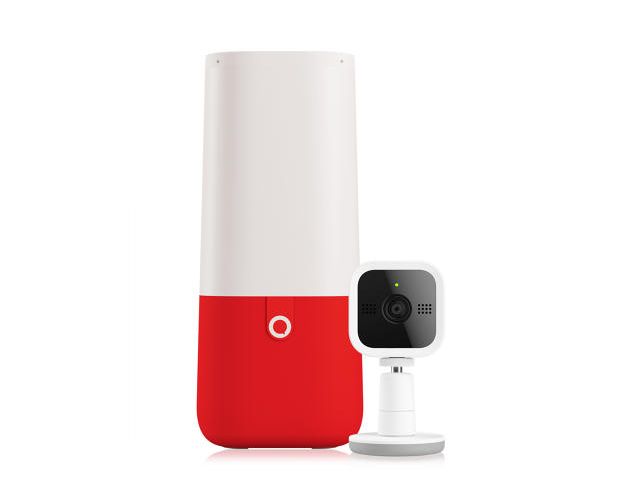 Like Amazon Echo, Google Home, and the new Lenovo Smart Assistant, Mattel’s Aristotle is basically a speaker with microphones and software that can recognize and respond to voices by answering questions, playing music, and more.

But Aristotle is designed specifically for children and parents. It can act as a baby monitor for young children — and in addition to letting you know if someone is crying or streaming encrypted video of your child’s room to your phone, the device can be controlled remotely. You can turn on a nightlight feature or play music.

For older children, Mattel says it worked to make sure Aristotle can understand the voices of kids who may still be learning to pronounce words… something other voice assistants can struggle with. Since it’d be tough to create a universal algorithm that can recognize every child’s distinctive speech patterns, Aristotle works by asking parents to have a child speak a bunch of words to train the system.

Once trained, kids can ask questions, have Aristotle read them stories or play music, and maybe eventually interact with toys (maybe you’ll get sound effects when playing with a toy car, for example).

All of those special features don’t come cheap though. While other smart speakers sell for between $130 and $180, Aristotle is expected to cost $300 when it goes on sale in June.

via Fast Company, Bloomberg, and The Verge