Dell, Lenovo, and HP all used the Consumer Electronics Show as an opportunity to show off their latest laptop designs. But they weren’t the only companies showing new laptops.

Many Chinese manufacturers also brought their latest designs to the show… and to be honest, a lot of them looked quite familiar. One company was displaying a “Yogo” laptop with a design that was clearly inspired by the Lenovo Yoga line of products.

And several companies had thin and light laptops powered by Intel Apollo Lake processors. I saw virtually identical designs from several companies, right down to the fingerprint readers embedded in the touch pad. But let’s take a look at the lineup from just one company. 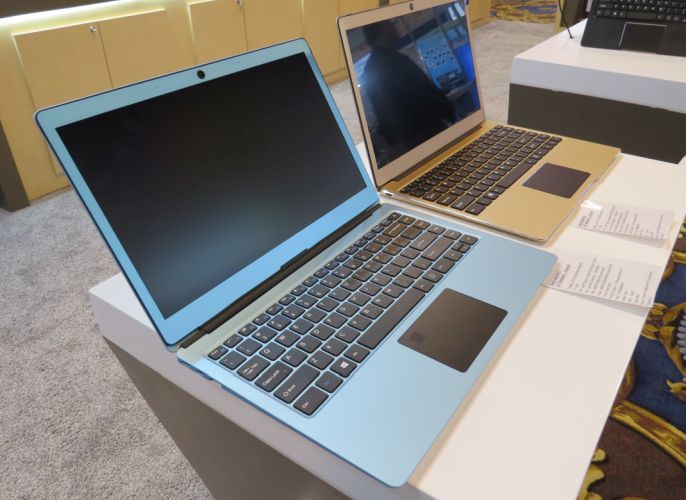 China Great Wall Computer was showing off several models, including laptops with 12.5 inch and 13.3 inch displays, and one with a convertible design that allows you to use the notebook in tablet mode.

Over the past year or two, Chinese manufactures have released a lot of tablets sporting Intel Atom Cherry Trail processors. These new models with Apollo Lake chips should offer improved CPU and battery performance. And theoretically the chips can handle up to 8GB of RAM, although Great Wall says most of its computers will only be available with up to 4GB.

There’s also a GW133A-C model that has similar specs, but it features a Celeron N3350 dual-core CPU instead of a quad-core chip.

I could have stopped by any number of booths and found similar laptops, but I recognized Great Wall as a company I’ve covered a few times in the past. The point, though, is that Apollo Lake laptops are coming soon from Chinese device makers, and we’ll probably start to see models from more recognizable companies in the not too distant future.