Google Voice is a free service that allows you to sign up for a single phone number that you can use to manage all of your phone lines. Give people that one number and Google will ring all you phones, let you receive automatic transcripts of voicemail messages and filter or record calls.

The service launched to the public in 2010, after a year in beta. And it’s long had a loyal, but small (by Google standards) following.

But it’s been about 5 years since Google Voice received an update, which has led many to believe that Google would probably kill the service one day. Now it looks like Google is doing the opposite: a new version of Google Voice is rolling out for Android, iOS, and the web. 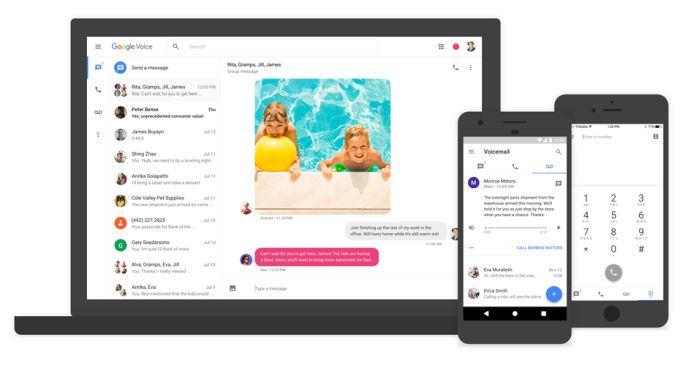 The user interface has been revised with a cleaner layout and distinct tabs for calls, voicemails, and text messages. And speaking of text messages, there’s now support for group texts and MMS with photos.

Possibly the most exciting update? Google says this isn’t a one-time thing. The company will “provide new updates and features to the Google Voice apps” in the future.

You can also continue use the Google Hangouts app to access Google Voice features. That’s an option that’s been available for a few years. But it’s good to see that the standalone Google Voice apps are far from dead.