A number of companies have released “truly wireless” earbuds in the last year or so. The tiny earpieces connect to your phone via Bluetooth and stream music without wires… and that means there’s not even a wire connecting the left and right earbuds with one another.

But there are a few potential down sides to this sort of setup. The earbuds are tiny, which means they could be easier to misplace or lose than larger headphones. There’s also not a lot of room for a big battery, so you typically only get a few hours of usage at a time. And they tend to be expensive.

Fuse has an interesting solution for the first two issues… although with a $199 price tag, the company’s new earbuds still aren’t exactly cheap. 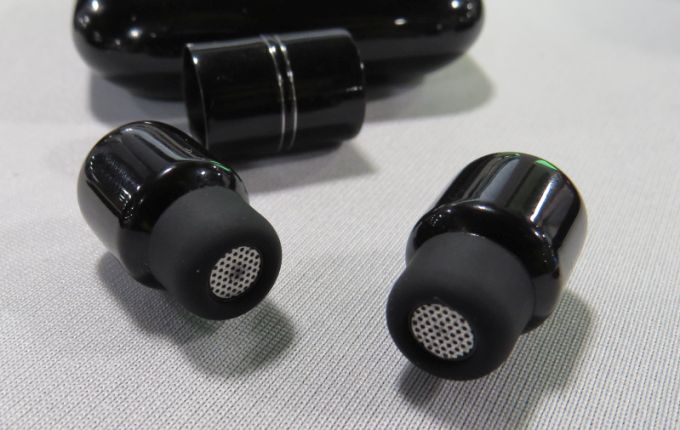 Here’s the idea: Fuse offers a set of earbuds that offer around 3-4 hours of battery life. When you’re not wearing them, you can take them out, put them in a charging case that comes with the earphones, and thanks to rapid charging, you should get an extra hour of battery life from a 15 minute charge.

That’s all pretty typical. Here’s what’s not: you can also buy optional accessories including bracelets and necklaces. Put the Fuse earbuds together, slide them into a pendent or wristband, and you can wear them on your wrist or around your neck when they aren’t in your ears, making it easier to keep track of the earbuds.

At launch, those wearables are just somewhat fashionable carrying cases. Eventually Fuse may introduce bracelets and necklaces with batteries that can charge your earbuds on the go.

Fuse says its ceramic earbuds are scratch resistant and waterproof. And they pair with a smartphone app to let you adjust EQ settings, among other things. There’s also support for touch control and voice commands using Siri and Google Assistnt (the earbuds work with both Android and iOS).

The earbuds should be available this fall for $199, with accessories sold separately.