Mozilla’s Firefox web browsers and Google’s Chrome browser both received updates this week, and both had some of the same new features.

That means you should be able to use either browser to interact with high-performance graphics using the latest version of the WebGL standard, or to stream high-quality audio without using an external media player. 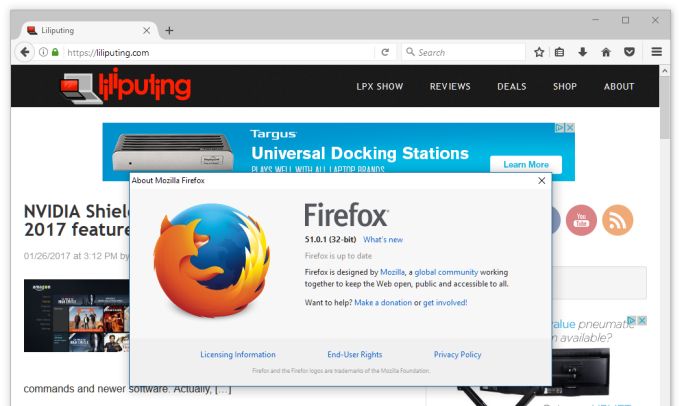 Google also says it’s changed the way page reloads are handled to speed up reloads by as much as 28 percent while reducing the number of validation requests.

Under the hood, Firefox and Chrome are still very different browsers, each with its own rendering engine for translating HTML, JavaScript, and other web languages into the websites you interact with on a day-to-day basis.

But the two browsers are more alike than they used to be. A recent change in Firefox, for instance, adds support for multiple processes, making it less likely that the whole browser will crash when one component changes. That’s been a Chrome feature for ages (and the Chrome implementation is more extensive).

Firefox is also an open source browser maintained by the non-profit Mozilla Foundation, while Chrome is a Google project that shares a lot of code with the open source Chromium browser… but Chrome itself is not free and open source software.