Dell’s newest XPS 13 laptop is also a tablet, thanks to a 360-degree hinge that lets you fold the touchscreen display so that it’s back-to-back wit the keyboard.

We first spotted a picture of the notebook on the Dell website yesterday, and now Dell has officially introduced the XPS 13 (9365), giving us details about the notebook’s specs.

The convertible notebook will be available starting January 5th for $1000 and up. 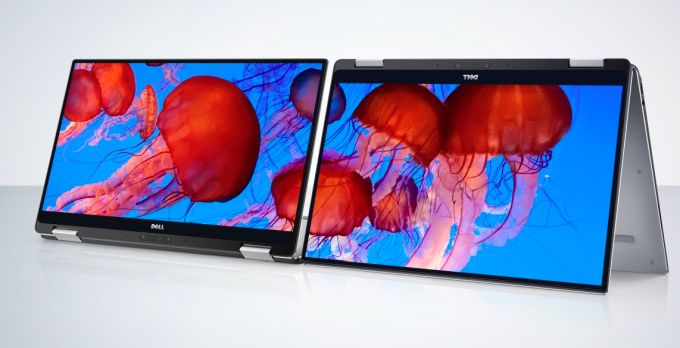 The thin-and-light laptop measures about half an inch thick and weighs 2.7 pounds and features a 13.3 inch display with support for capacitive touchscreen input and a digital pen that supports 2048 levels of pressure sensitivity.

Like other members of the XPS 13, the notebook has a machined aluminum case and carbon fiber palm rest, a backlit keyboard, and a precision touchpad. This model also has a fingerprint sensor and Thunderbolt 3/USB Type-C port.

Interestingly, the notebook is powered by Intel’s low-power Kaby Lake-Y series chips: Dell offers models with Core i5-7Y54 and Core i7-7Y75 CPU options. There are no higher-powered Kaby Lake-U models. But on the bright side, the convertible is fanless, for silent operation.

Other specs include support for 1920 x 1080 pixel or 3200 x 1800 pixel “InfinityEdge” displays (with super-slim bezels) and support for between 4GB and 16GB of RAM and between 128GB and 1TB of storage (entry-level models have SATA storage, while higher-priced versions feature PCIe storage).

via Tom’s Hardware and MSPowerUser