Intel’s first NUC computer with a Kaby Lake processor is set to ship this month. The company will offer a model with a Core i3-7100U processor within the next week or two. It’ll be followed by models with Core i5 and Core i7 Kaby Lake chips, with top-of-the line models featuring Iris Plus graphics, Thunderbolt 3 ports, and support for Intel Optane storage.

There’s also a lower-priced, lower-power model with an Intel Apollo Lake processor on the way.

Intel gave me a preview of the next-gen NUC models at CES.

For the most part the new NUC systems look a lot like their predecessors: they’re about 4.5 inches wide and feature a decent array of ports on the front and back of the case. And Intel offers models in tall and short sizes (with the smaller models supporting solid state storage, while the larger versions can support a 2.5 inch drive as well as an SSD).

But there are a few differences. The new models have a darker grey design, which the company says helps them fade into the background when used for applications such as digital signage.

And due to customer requests, Intel has moved the power button from the top of the case to the front. This makes it easier to turn the machine on and off if it’s in a position where the top might be hard to get to. And it also makes it easier to manufacture alternate lids, since they don’t need to align with a power button.

Some of those lids may just offer a splash of color, while others could add a wireless charging pad, additional ports, or other features. The only catch is that swappable lids designed for older NUC computers won’t fit the new models properly.

Intel has also put an LED ring light on the front of the case, and users can customize the colors and what they’re associated with (so they can show hard drive activity, for example). 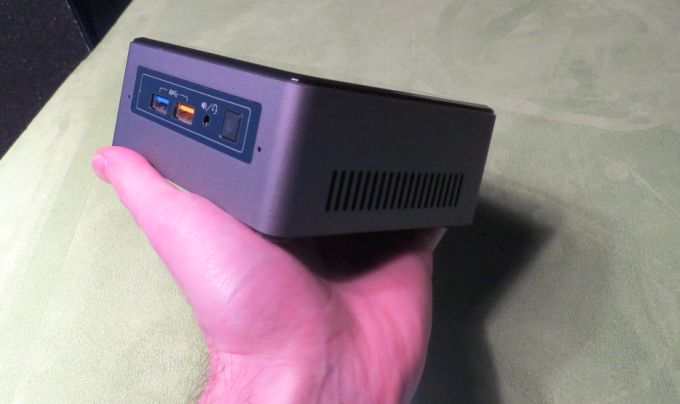 Now that Intel seems to be on the path to phasing out the Intel Compute Stick in favor of the new Compute Card, the NUC line of computers may be the company’s smallest consumer-oriented desktop computers eventually. So it’s nice to see that the company is continuing to invest in this platform.

It’s worth noting that when I say consumer-oriented, I mean you can buy an NUC and use it as a desktop computer, media center, or just about anything else that you’d use a larger PC for. But about two thirds of the NUC devices Intel sells go to small businesses or enterprise customers who use the system for kiosks, digital signage, or other applications. 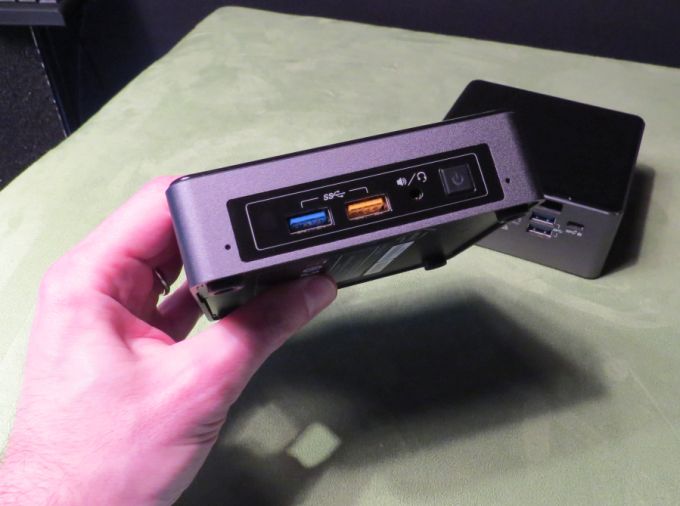 Intel isn’t the only company developing small form-factor desktops with Kaby Lake chips. Gigabyte has already introduced some, ECS introduced one recently. So did Zotac. And Mele has some on the way.

Some of those new models are even fanless, something which Intel doesn’t offer in its official NUC lineup.