Barnes & Noble’s NOOK Tablet 7″ is a $50 Android tablet which the bookstore chain began selling in late 2016. But the company has stopped selling the tablet for now, due to a potential hardware issue.

First reported in a reddit thread, the company has also instructed stores to box up and return inventory.

Despite some early guesses, a B&N representative indicates this has nothing to do with the AdUps software installed on NOOK 7. 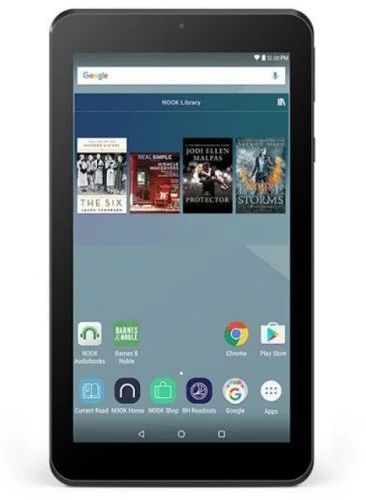 So what’s going on?

B&N says three instances have been reported “involving the adapter sold with the NOOK Tablet® 7”. The specific issue involves the adapter casing breaking apart while still in the socket. This does not affect the NOOK® device itself.”

According to an official statement from the company, no injuries have been reported, but he company recommends customers not use the charging adapter until a replacement can be supplied. But you can still plug the tablet into a computer (or presumably a different wall charger) using a USB cable.

B&N says a public product recall may be on the way. You can read the full text of the statement from Barnes & Noble, Inc. below:

“Barnes & Noble is investigating three reported cases involving the adapter sold with the NOOK Tablet® 7”. The specific issue involves the adapter casing breaking apart while still in the socket. This does not affect the NOOK® device itself. With no injuries reported and out of an abundance of caution, we recommend that customers stop using the adapter until we provide a replacement adapter. In the meantime, the NOOK Tablet 7” can be charged using a computer. We will be providing more information as we work closely with the Consumer Product Safety Commission (CPSC) to determine the details of a public product recall.”