Google’s Tango platform for augmented-reality enables phone and tablet makers to leverage Google’s technology for games, home decorating and repair, and other applications that use the phone’s cameras and sensors to blur the lines between digital and real-life environments.

Lenovo launched the first commercially-available Tango phone in 2016. Now Asus is getting ready to launch what may be the second. The Asus Zenfone AR is a Tango-enabled phone with a Qualcomm Snapdragon 821 processor, which makes this phone a more powerful option than the Snapdragon 652-powered Lenovo Phab 2 Pro.

Asus hasn’t officially unveiled the phone yet, but a prematurely published Qualcomm blog post suggests Asus will unveil the Zenfone AR on during the Asus press conference on January 4th, and Evan Blass has shared a leaked photo. 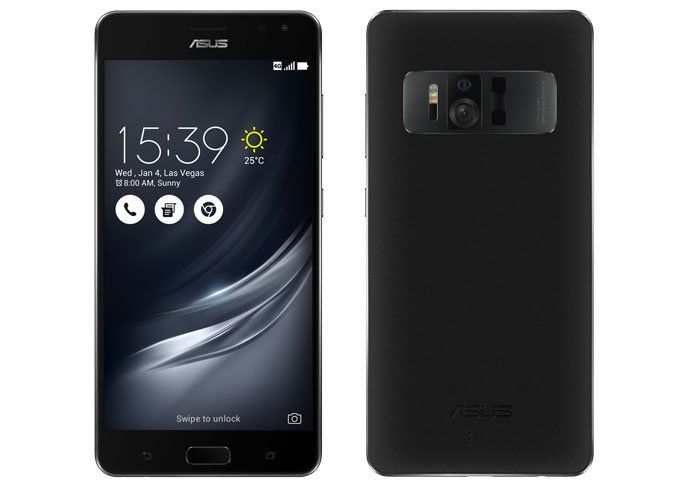 Qualcom, notes that in addition to being the first Tango phone with a Snapdragon 821 chip, the Zenfone AR will also be the first phone to support both Google’s Tango platform and Google’s Daydream virtual reality platform.

That could open the door for letting you use the same phone to measure your home, see how new furniture will look in it, and watch movies or play games in an immersive environment. I’m curious what kinds of AR + VR experiences we’ll see developers come up with that take advantage of the dual capabilities in this phone.

If nothing else, combining Tango and Daydream could lead to apps that let you not only stand in place and look around virtual environments, but also move around. While Tango isn’t quite as capable of tracking precise movements as a true room-scale VR system like those available for HTC Vive and Oculus Rift devices, Qualcomm says its chip has an “aware hub” which uses a variety of always-on sensors to offer position tracking with 6 degrees of freedom.