Asus is the latest company to launch a single-board computer aimed at makers, developers, and other hobbyists. It’s called the Asus Tinker Board, and at first glance this tiny computer looks a lot like a Raspberry Pi device.

But the Asus Tinker Board features a faster processor and more memory than a Raspberry Pi 3. It also support 4K video, Gigabit Ethernet, and 192kHz/24-bit audio.

The Tinker Board is now available in the UK and Europe for about $60 (before tax). 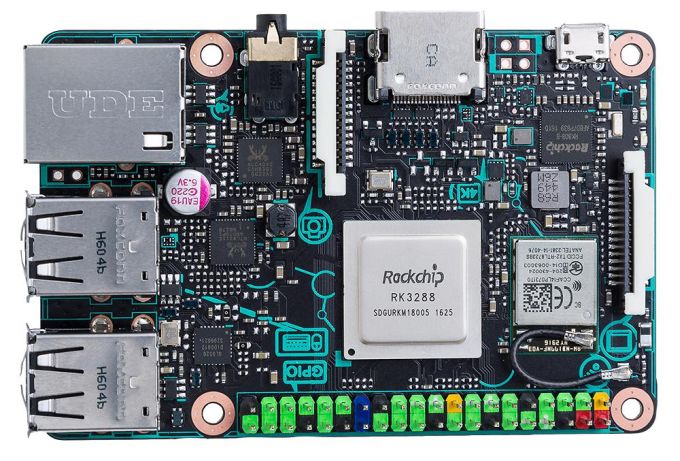 The Asus Tinker Board features a Rockchip RK3288 ARM Cortex-A17 quad-core processor with ARM Mali-T764 graphics, 2GB of RAM, and a microSD card slot for storage.

The whole thing measures about 3.4″ x 2.1″, making the little computer almost exactly the same size as a Raspberry Pi 3.

One key difference is likely to be software support.

There are plenty of other small, low-power, inexpensive single board computers that look better than the Raspberry Pi on paper. But there’s more software and support available for the Raspberry Pi line of products than most other devices in this space.

Asus says the Tinker Board supports Debian Linux (and highlights support for the Kodi media center application). But it remains to be seen whether this board will attract developers and users the same way Raspberry Pi’s products have.

via Hexus, CNX Software, and MiniMachines