AMD’s new Ryzen CPUs are coming this year. But the company is also getting ready to launch the biggest update to its GPU architecture in half a decade. 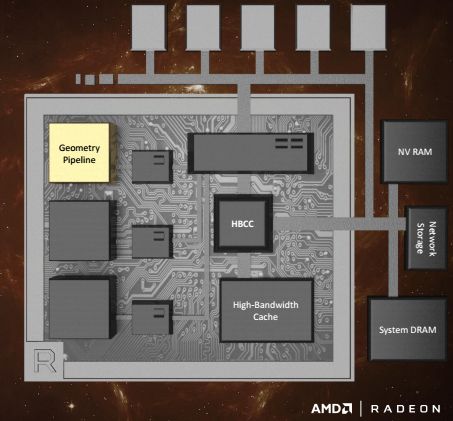 The company isn’t ready to announce specific products yet, and is instead just focusing on the new architecture. So there’s no word on specific clock speeds, performance levels, or prices.

But here’s what we do know: Vega’s next-gen compute engine (NCU) supports HBM2 memory and uses a new dynamic storage system that breaks up memory space into chunks that can be stored on your SSD or hard drive and loaded on an as-needed basis.

Effectively, that mean that instead of offering graphics cards with a few GB of dedicated memory, AMD Vega will be able to support terabytes of data through virtual address space.

We may have to wait a little while to see how these and other improvements affect real-world performance… but if you want to get an idea of what’s coming, details about next-gen, Vega-based graphics cards have been leaking for months.