Details about AirTV started making the rounds a few weeks ago, but now Dish is launching AirTV as a new sub-brand, and starting today you can buy an AirTV Player for $100. 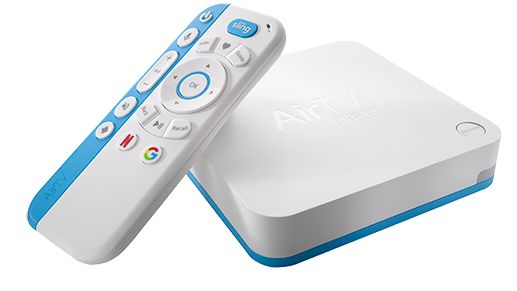 That’s the price for the TV box on its own. You can also opt for an “adapter bundle” which includes a TV tuner that lets you watch live, over-the-air television channels using an antenna (which is sold separately).

Whether you get the bundle or just the Player, customers will get $50 in Sling TV credit when they buy an AirTV device. That deal is good not only for new subscribers, but also for existing Sling TV customers. So if you’re planning to use the box with Sling TV service anyway, it’s kind of like the company is selling boxes for just $50.

Of course, you could just buy an AirTV Player and use it the same way you’d use a Xiaomi Mi Box or NVIDIA Shield box: connect it to the internet, plug it into your TV, and use the Google Play Store to download apps and games.

The system comes with Netflix and Sling TV pre-installed, and also supports YouTube and just about any other app that works with Android TV.

The AirTV Player supports 4K video playback from Netflix and other supported apps, and it features 802.11ac WiFi and Bluetooth. The box comes with a Bluetooth remote control that features buttons and a microphone for voice controls.