When Motorola launched the Moto Z line of smartphones last year, many wondered if the company was scrapping the Moto X lineup for the new line of flagship phones with modular capabilities.

The answer seems to be no, because while there was no 2016 Moto X smartphone, it looks like a 2017 model is on the way. 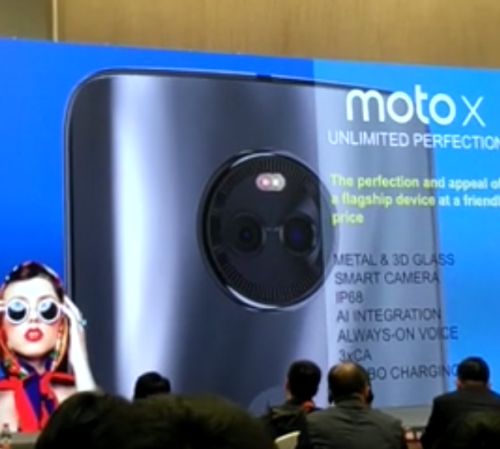 Rumors about the next Moto X have been circulating for a while, and now a (very) brief video has shown up on a Chinese website which seems to be a snippet from a Moto X presentation.

It looks like the new Moto X has a 5.5 inch display, a Qualcomm Snapdragon 660 processor, 4GB of RAM, and 64GB of storage. It has a 3,800 mAh battery with fast charging support, a fingerprint sensor on the front and a dual-lens rear camera with laser autofocus.

The new phone also has a metal body and IP68 rating for water resistance.

Motorola describes the phone as a “flagship,” but the Snapdragon 660 processor is more of an upper mid-range chip, suggesting that the new Moto X will sit somewhere between the Moto Z and Moto G in the company’s smartphone lineup.

As always, it’s probably a good idea to take leaks of this sort with a grain of salt until a product is officially announced. But the specs certainly seem plausible.