HP says the processor upgrade makes the new model up to 30 percent faster than its predecessor, but that’s just one of many changes the company has made.

The 2017 model also includes a fingerprint sensor, slimmer screen bezels, a microSD card reader, and longer battery life, among other things. The new HP Spectre 13 x360 should be available soon for $1150 and up. 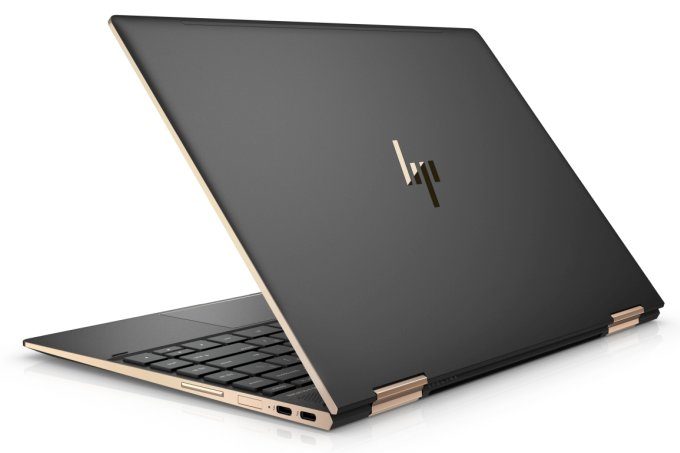 Like last year’s model, the notebook has an IR camera with support for Windows Hello facial recognition. But the fingerprint sensor on the side of the device gives you another way to login securely whether using the computer in laptop or tablet mode.

The digital pen technology has also been updated, with the new Spectre 13 x360 supporting tilt detection. And HP has added its Sure View technology, which allows you to limit the viewing angles with the press of a button so that people can’t read the screen over your shoulder.

HP says a model with a full HD display should get up to 16.75 hours of battery life, which is a tad better than last year’s model. The 4K version tops out at about 10 hours. Both models also support fast charging, with 30 minutes plugged in providing a 50 percent charge.

There’s also a new hybrid thermal sensor and IR sensor for monitoring the computer’s surface temperature and other attributes to help balance fan noise and cooling.

HP will offer models with up to an Intel Core i7-8550U processor, up to 1TB of PCIe storage, and up to 16GB of DDR3 memory. The notebook has two Thunderbolt 3 ports, a USB 3.1 Type-A port, and a headset jack as well as a microSD card reader (which the 2016 model lacked).