Have a recent Amazon Fire, Fire HD 8, or Fire HD 10 tablet with the Google Play Store installed? Sometime in the past few weeks a number of users noticed that they were having trouble using some of the apps installed from the Play Store.

Update: Some users are reporting they’re having the same problems even if they haven’t installed the Play Store. Hopefully the steps described below will still help in those cases.

The apps are still installed, but they’re grayed out on the home screen and when you try to tap them to launch the apps you may see an error message suggesting they were installed on an SD card that’s been removed.

Uninstalling and reinstalling the apps doesn’t work, but it turns out there is a relatively simple, if unintuitive solution. 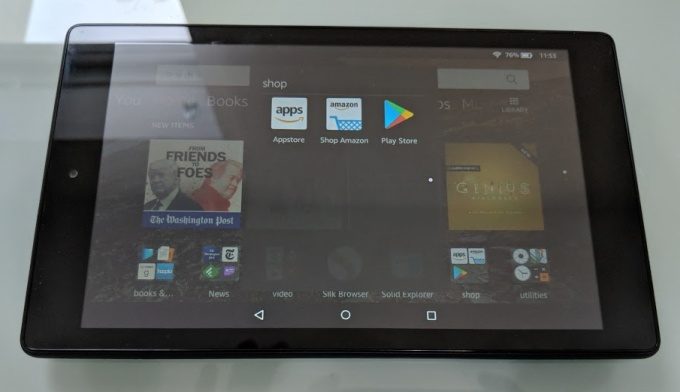 As discovered by xda-developers forum member Dan_firehd, you can follow these steps to resolve the issue:

That should do the trick. Go back to your home screen and you should be able to run all the apps installed on your device. And uninstalling an app will remove it from the home screen instead of resulting in a grayed out icon. 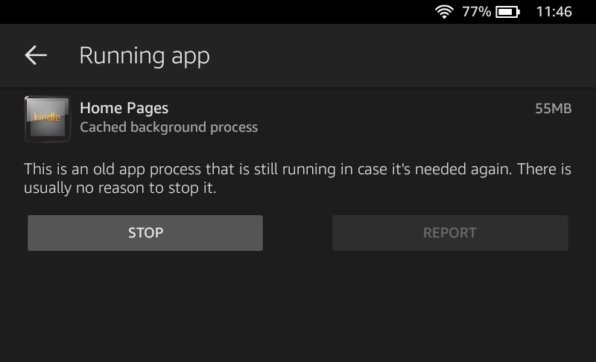 It’s unclear if this is a bug or intended behavior, but it seemed to start happening to Fire tablet users after Amazon rolled out an update to the Home Pages app, which is the app launcher for the Fire 7, Fire HD 8, and Fire HD 10.

Note that instead of following steps 4 through 7 above, you can also go to the “All” tab in the “Manage All Applications” menu, scroll down until you find Home Pages, and then clear cache and force stop. But if you do that it will also reset the order of all the apps on your home screen and remove apps from any folders you may have placed them in.

Since this is a relatively new change in behavior for Amazon’s tablets, I wouldn’t be surprised if this fix is temporary. You may need to periodically stop the Home Pages process until Amazon updates the app to play better with sideloaded apps… or updates Fire OS in a way that makes the Google Play Store stop working altogether.