Bluetooth headphones come in all sorts of sizes and shapes, but one of the odder ones is the neckband + earbud system that you wear both in your ears and around your neck. The upshot is that there’s room for a bigger battery than you get with earbuds alone. The downside is… have you seen these things?

But some device makers have decided to use the extra space provided by neckbands for something more than batteries. They’ve stuffed speakers under the hood. 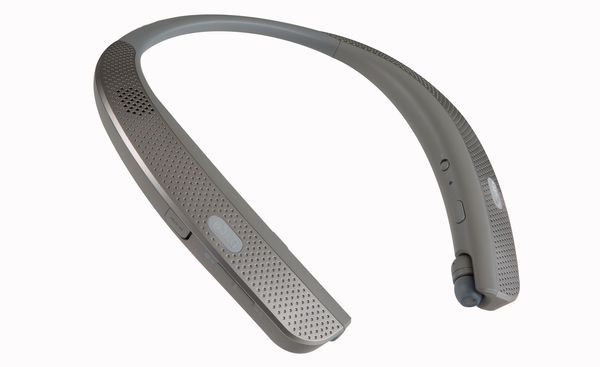 And this week LG unveiled its new LG Tone Studio wearable speaker, which the company will show off at the Consumer Electronics Show next week.

The LG Tone Studio has four speakers, including two “full range” speaker on the top that project music up to your ears (and presumably to anyone else standing nearby), and two vibrating speakers at the bottom.

LG says this provides a “personal surround sound experience,” and that the system includes a Hi-Fi DAC.

I get the feeling that this wearable speaker isn’t meant to go the same places as a typical set of headphones. I have a hard time imagining anyone wearing this system on the bus, but it might make sense for use around the house. But you know what else you can use at home? A full-fledged surround sound speaker system. 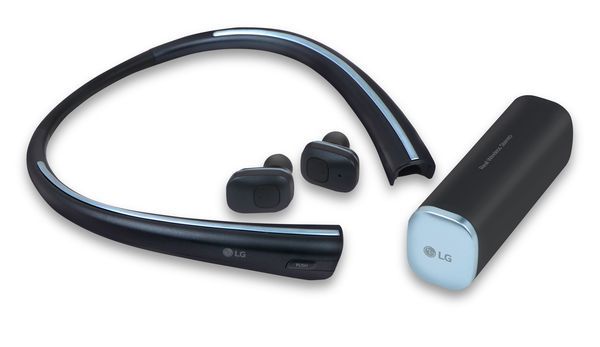 LG is also introducing its take on fully wireless earbuds. The LG Tone Free earbuds come with a neckband. Put them in the band and they’ll start charging automatically. Take them out and place them in your ears and you can listen to music wirelessly.

It’s certainly a novel take on the idea of earbuds that don’t need wires. But if you’re keen on the concept, why would you want to wear a neckband around? Wouldn’t a charging case be just as useful?

Anyway, if you’re still paying attention, LG notes that the neckband doesn’t just charge the earbuds. It also pairs with your phone and vibrates to notify you to incoming phone calls or text messages.

12 replies on “Would you wear a speaker around your neck?”