BlackBerry may not be building its own phones anymore, but that doesn’t mean that the company’s new hardware partner TCL isn’t working on phones that have a distinctively BlackBerry look.

A set of images purported to show a BlackBerry phone with a hardware keyboard have been making the rounds recently.

Now Roland Quandt has posted a screenshot of the software that’s alleged to be running on that phone, which seems to fit with those previous leaks. 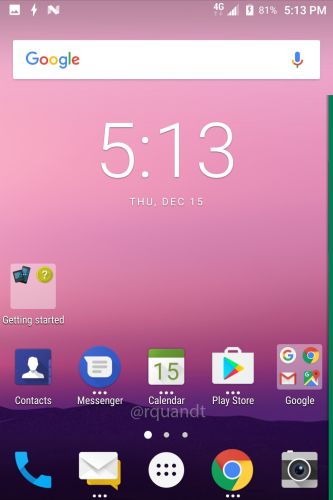 First up, the phone seems to be running Android 7.0 Nougat software. Second, the home screen image is 1620 x 1080 pixels, which gives the display a 3:2 aspect ratio rather than the more common 16:9 screen resolutions in phones without keyboard.

There’s also no sign of on-screen navigation buttons, suggesting the new BlackBerry phone will have hardware home, back, and recents buttons built into the keyboard.

With a pixel density of 420 pixels per inch, Quandt notes that the phone probably has a 4.6 inch display. He also says the phone will have a Qualcomm Snapdragon 625 processor rather than a higher-end Snapdragon 821 or 835 chip.

The phone is rumored to be code-named “Mercury,” and Quandt says it has the model number BBB100. If TCL and BlackBerry stick to their recent naming scheme, the phone could eventually be called the DTEK70 or DTEK100 or something like that. 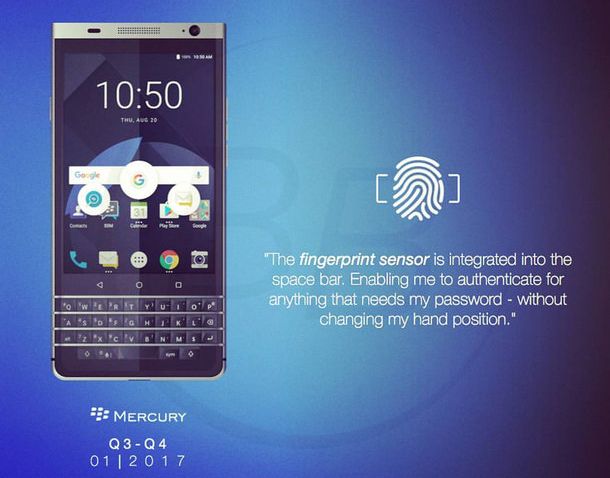 But TCL has also hinted that it has multiple BlackBerry-branded phones in the works, so this may just be one of the new models the company could unveil at CES next week or sometime later in 2017.