Samsung’s TouchWiz software has long been a love it or hate it addition to Android on Samsung’s smartphones and tablets. But it looks like TouchWiz is on its way out… or at least the Touchwiz name is.

Android Central noticed that the latest beta software for the Samsung Galaxy S7 and Galaxy S7 Edge smartphones refers to the software as “Samsung Experience version 8.” 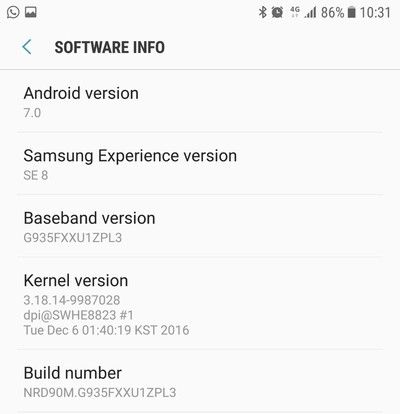 Samsung Experience version 8 is based on Android 7.0 Nougat, and while the color palette is a lot more blue-and-white than the green-and-blue of yesteryear, Samsung’s software still looks pretty different from the version of Android you’d see on a Nexus or Pixel device.

The new software does bring some Android 7-specific features including notifications that work pretty much like they would on stock Nougat software.

But Samsung’s quick setting panel, settings menu, and other features are still all its own, and while the company has adopted Nougat-style multi-window support, there’s also support for a windowed mode that lets you not only view two apps in a split-screen view, but also view one app in a smaller window that floats on top of another app in the background (letting you view social media or videos without closing the current app, for instance).

Android Central has a run-down of some of the new features in the Nougat update fro the Galaxy S7, which is now apparently what the company is calling Samsung Experience 8.