Apple’s new MacBook Pro is the company’s first laptop to feature a touchscreen… except instead of a 13 or 15 inch touchscreen display, Apple gives users a slim 2170 x 60 pixel Touch Bar in the space occupied by Fn keys on most laptops.

You can use the touch-sensitive area for dynamic input that varies from app to app. For instance, you can adjust colors while using graphics apps, insert emoji when chatting, or adjust media playback while playing music or movies.

Developers are also starting to find some interesting uses for the Touch Bar. 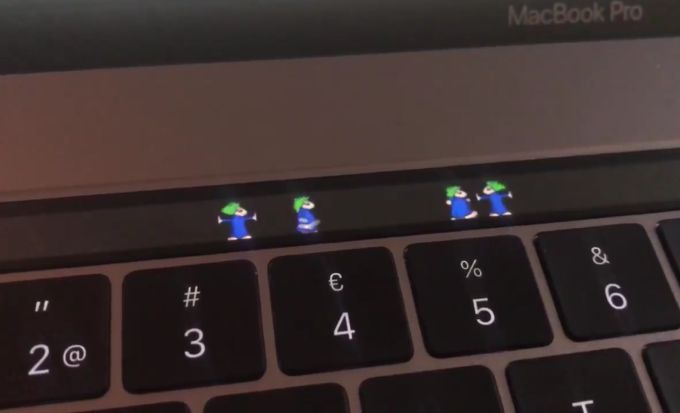 Unsurprisingly, one of the first apps to appear was a fart app: TouchFart lets you trigger three different fart sounds from the Touch Bar.

Another app makes uses of the long, thin design of the Touch Bar to bring a Knight Rider-esque red light that moves across the screen, much like the light from KITT’s lights.

TouchSwitcher is a bit more useful, giving you a way to switch between macOS apps from the Touch Bar. And Touch Bar Piano is actually a pretty cool little app that lets you play a virtual keyboard… assuming you can pick out the tiny keys with your fingertips.

Some apps, like Touch Bar Nyancat are kind of funny to look at, but not particularly interactive.

Developer Erik Olsson has come up with something that seems particularly cool: a Lemmings port for the Touch Bar. Not only does it have the characters from the classic game walking across the screen, but you can also touch a lemming to set a barrier that keeps others from passing.

This may be the best app I’ve ever built pic.twitter.com/Z9WJi7e74G

Of course, there’s nowhere for them to go, since the display isn’t big enough for a lemming to move up or down. But still, it’s Lemmings… on a Touch Bar.

Do any of these apps and games make up for the complaints from musicians, artists, graphic designers, and others that the new MacBook Pro doesn’t feel particularly pro? Nope.

Sure, there are professional-level software developers bringing Touch Bar features to their programs, but folks looking for real touch input on a MacBook lament that the tiny touch screen makes no sense coming from a company that clearly knows there’s demand from creative types for devices with high-quality touch interfaces.