The tablet does have a larger screen, but that’s not the only difference between the two members of the G Pad III tablet. 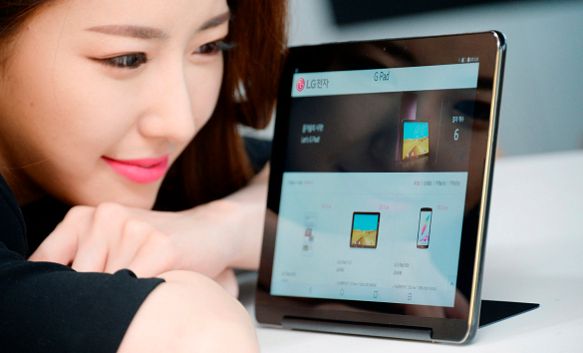 Unlike the smaller model, the G Pad III 10.1 also has a built-in kickstand, which you can use to prop up the tablet while watching videos, making video calls, or, I don’t know, maybe using the tablet to display recipes while you cook? The kickstand is adjustable at angles up to 70 degrees.