LG’s new Bluetooth speaker is actually a 2-part speaker. There’s a subwoofer in the base (to provide bass), and a separate, smaller speaker for highs and mids. That section doesn’t just rest on top of the base though… it floats above it.

Thanks to magnets, the 360-degree speaker doesn’t actually touch the base station while it’s in use.

LG isn’t the first company to introduce a levitating speaker, but this model does have at least one interesting feature to help it stand out (or maybe float out). 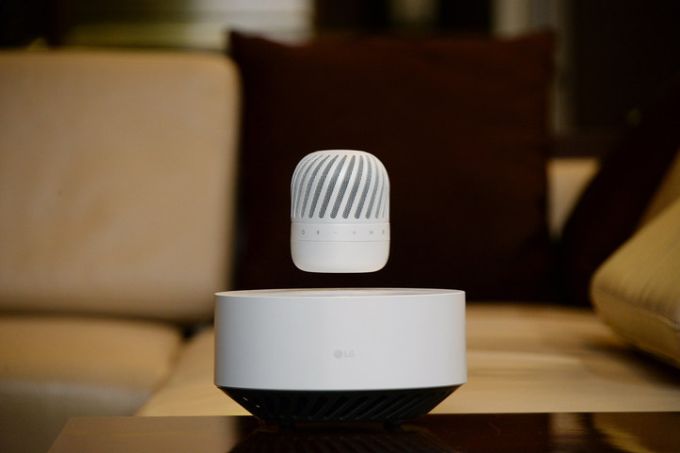 The company says the speaker can run for up to 10 hours on a charge. But when it’s time to recharge the battery, the speaker automatically descends until it’s touching the “levitating station” and charges without any user intervention.

Other floating speakers like the OM/One need to be connected manually to charge.

The speaker is IPX7 rated for splash resistance, which LG says makes it suitable for outdoor use. And it can connect to up to two Bluetooth devices at the same time.

LG hasn’t announced the price or release date for its levitating speaker yet, but the company plans to showcase it at the Consumer Electronics Show in Las Vegas next week.