HP’s latest ProBook is a convertible notebook designed for the education market. The HP ProBook x360 11 G1 features an 11.6 inch display, a 36o-degree hinge, and an Intel Apollo Lake processor.

The laptop features a MIL-STD-810G tested rugged case that can withstand a fall from desk height or other abuse at the hands of students, and a water-resistant keyboard that should help stave off damage from spilled beverages. 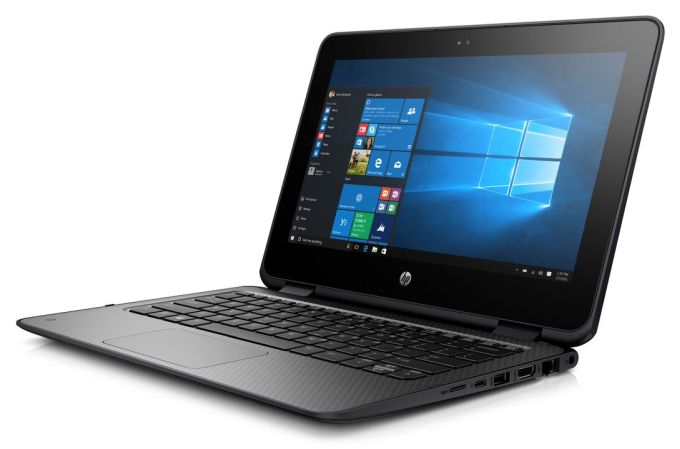 The convertible notebook supports up to 8GB of RAM and storage configurations including 64GB of eMMC storage or 128GB or 256GB of faster M.2 SSD storage. It supports 802.11ac WiFi, Bluetooth 4.2, and has a microSD card slot as well as two USB 3.1 ports, a USB Type-C port, HDMI 1.4b, headset, and Ethernet jacks.

It also supports an active pen for note-taking, drawing, or other writing tasks.

HP will offer models with Celeron N3350 dual-core or Pentium N4200 quad-core processors. There will be touchscreen and non-touch models of the notebook, both of which feature 1366 x 768 pixel displays.

The notebook has a 41 Wh battery that HP says should last for up to 11 hours of run time. While HP says the battery is “serviceable by warranty,” it’s not designed to be replaced by users.