Huawei’s latest smartphone may be the company’s most innovative to date. The Honor Magic has an eye-catching design featuring curved edges on all sides… on both the front and back, which means there are eight curved edges rather than four.

But the phone’s software features are just as distinctive. While the Honor Magic runs Android 6.0, it has a number of artificial intelligence features designed to recognize the person using the phone and predict what they want to do.

In some ways, those features sound like Huawei’s answer to Google Now and Google Assistant… which makes sense, since the Honor Magic is expected to be available exclusively in China at launch. Phones sold in that country generally don’t include the Google Play Store, Google Search, or other Google apps and services. 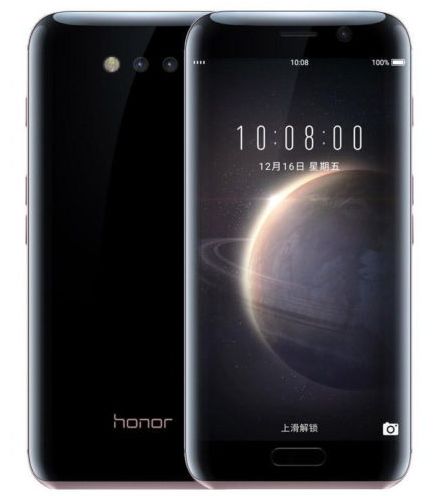 Still, there are a few features I wouldn’t mind seeing Huawei bring to other markets. For example, “FaceCode Intelligent Recognition” means that the phone uses senors to figure out who is looking at the phone, and it will only display notifications to authorized users. Your family members may be able to see notices about incoming text messages, for instance, but anyone else who picks up your phone wouldn’t be able to see those notifications without first unlocking the phone.

There’s also a camera + sensor+ software feature that uses facial recognition and other techniques to turn the screen on automatically when the owner picks up the phone, but not when anyone else does.

While there had been some reports suggesting the Honor Magic would have a Xiaomi Mi Mix-like design, it turns out there are sizable bezels both above and below the screen. But the phone’s unusual curved design still manages to make it stand out at a time when most phones look pretty much the same.

What is a bit surprising is that Huawei would market the phone under its Honor brand, which had typically been reserved for value-oriented phones with reasonably strong specs and reasonably low price tags. With a starting price of 3,700 yuan, or about $532, the Honor Magic won’t be the most expensive phone on the market when it launches in China later this month. But it’s fairly costly for a Honor phone.

In terms of hardware, the phone sports decent specs, including:

via Android Authority and GSM Arena