HandBrake is a popular free and open source tool for converting and compressing videos. It’s a cross-platform application that’s available for Windows, macOS, and Linux and you can either run HandBrake with a graphical user interface or run it as a command line tool.

While HandBrake has been available for 13 years, this week the developers have finally released version 1.0. 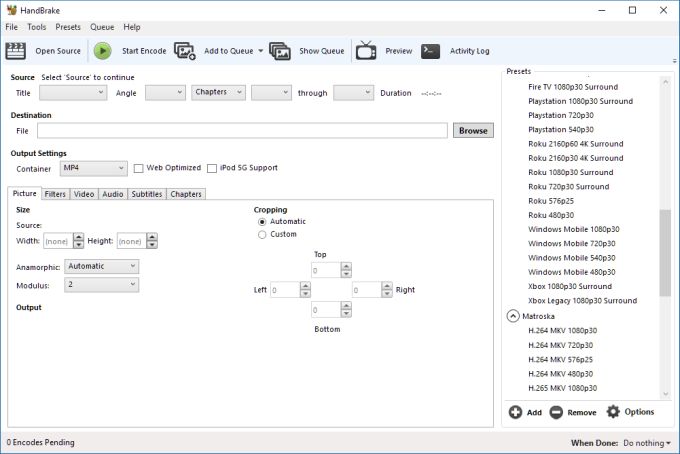 The version number doesn’t necessarily mean that earlier builds weren’t stable. But there are a bunch of big changes in HandBrake 1.0. Here are a few:

There’s a complete list of changes in the release notes.

You can still find the old preset list in the “legacy” section if long-time users want to stick with familiar options.