One of the nice things about smartphone operating systems is that you can enable automatic updates, allowing your device to grab the latest version of apps and games from the App Store, Play Store, or what have you. Security updates, bug fixes, and new features are delivered when you’re not even paying attention.

But those updates can also eat up bandwidth and take up time. One way to speed things up is to make it so that you don’t need to download the full app when just a small portion is updated, and Google rolled out incremental updates for Android apps earlier this year. 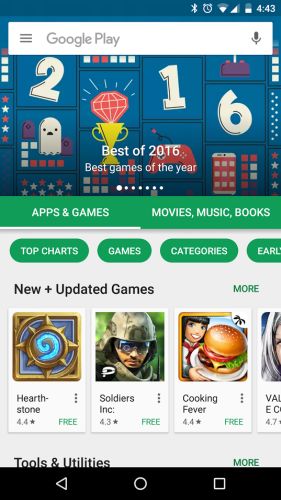 There is one down side. Google says the new method for applying updates is more resource-intensive: Cutting the size of a patch in half roughly doubles the amount of time it takes to install.

In order to prevent users from sitting and staring at the screen, Google has decided to only enable the new file-by-file patching for automatic updates. If you initiate an update manually, more data will likely be downloaded, but the process should be finished more quickly.